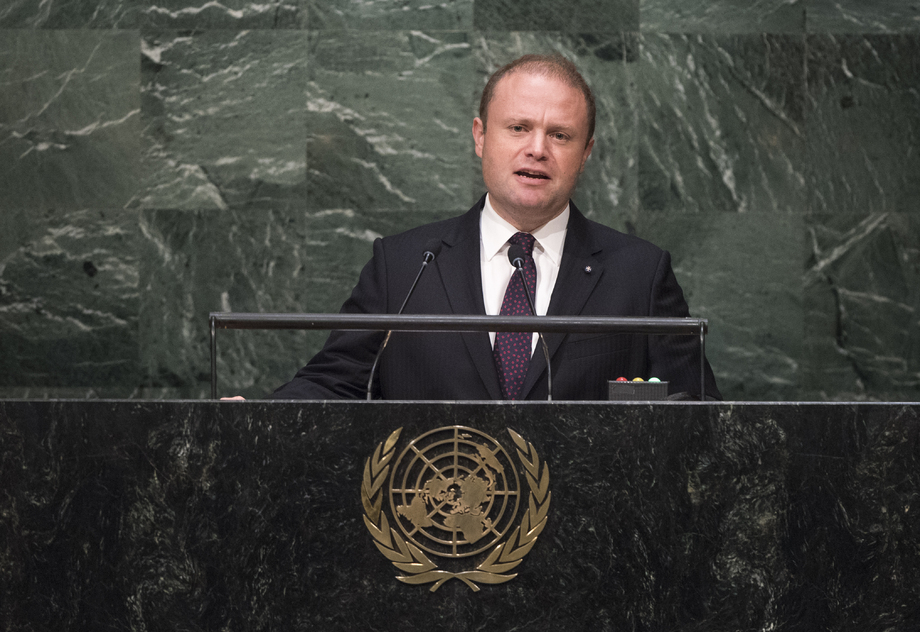 JOSEPH MUSCAT, Prime Minister of Malta, said that while the United Nations had obviously been a force for good, it was still a work in progress, in a vastly uneven world, plagued by conflict and with the Mediterranean, the cradle of civilization, turned into a graveyard.  His country, which found itself at the crossroads between the Middle East, Europe and Africa, was the only one in Europe, and probably around the world, that dedicated 100 per cent of its limited military resources to saving people at sea.  The current year had broken all records in terms of desperate people attempting to flee from persecution and hopelessness.  That was not a Mediterranean or European problem but a global phenomenon that needed a global response.

Saving lives, he continued, must remain the priority, and Europe had intensified its search and rescue operations.  But the problem also required a committed response to taking on the smugglers.  Further, while it was crucial to give shelter to those fleeing from war, it must also be clear that a free-for-all policy was not on the table.  People who did not qualify for asylum should be returned and safe countries of origin which did not help in return should face sanctions.  The war in Syria had to be tackled, but it was a delusion to think that solving Syria would solve the migration phenomenon.  From the whole list of forgotten conflicts in Somalia and Eritrea and other places to climate change, mass displacement of people was a key feature of the current world.  “It is not only desperation that moves people, but also aspiration,” he said.

While the European Union had been very much in the news for failing to agree unanimously on a mandatory distribution system for refugees, he added, no other group of nations had gone as far as Europe had.  “We now need a Bretton Woods of migration,” he said, with rules and institutions that saw all the members of the international community, and not just a few, share the phenomenon of mass migration, with legal channels and instruments to deal with crises.  Instead of a European quota, there should be a global quota system for migrants, not only for this but all crises.  Turning to the Climate Conference in Paris, he added that climate change was a global challenge that called for an ambitious, fair, balanced and legally binding agreement.  Malta, which was the first country to alert the international community to the need to address climate change, aspired to securing an equitable deal at that Conference.