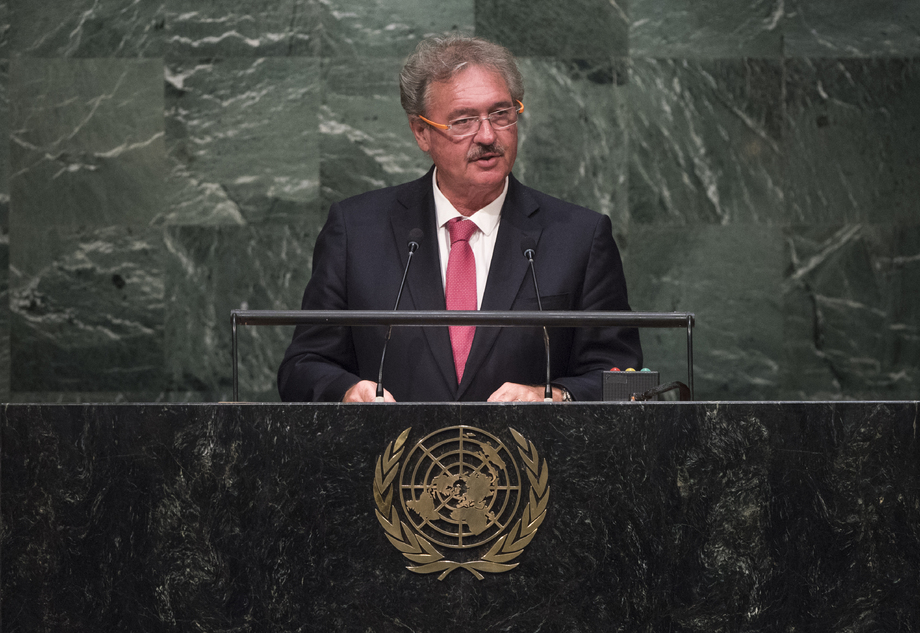 JEAN ASSELBORN, Minister for Foreign and European Affairs, of Luxembourg, said that human rights and the state of law could not exist without one another.  The international community must also mobilize against climate change and Luxembourg, as President of the Council of Europe, would spare no effort to reach an ambitious agreement to contain global warming.  Migration was another priority for the Council of Europe and the continuing migrant flow and waves of human misery had challenged delegates as political leaders and human beings.  Nationalistic reflexes tended to reappear in times of crisis, but no country alone could deal with the unprecedented crisis.  Instead of resorting to isolationism, countries of origin and transit and host countries had to work together.  Underscoring the links between security and development, he called for a global integrated approach.

For more than four years now, he continued, Syria had become synonymous with war and exodus with one out of six Syrians leaving his or her country.  Every day 9500 persons were added to the list of displaced individuals.  A whole generation of children had been deprived of the fundamental freedoms of childhood.  The Security Council must tackle that crisis, but the solution was not just humanitarian or military.  Bombing at random, without any coordination, was aggravating the problem.  Only a political solution could meet the legitimate aspirations of the Syrian people.  Turning to the Middle East, he stressed that Israel had the right to live in peace, but it was clear that the security of Israel would depend on the creation of a Palestinian State by its side.  The Palestinian flag that was flying alongside those of other members should not be a mere symbol.  Luxembourg also supported the initiative by France to encourage permanent members to refrain from using the veto in case of mass atrocities.