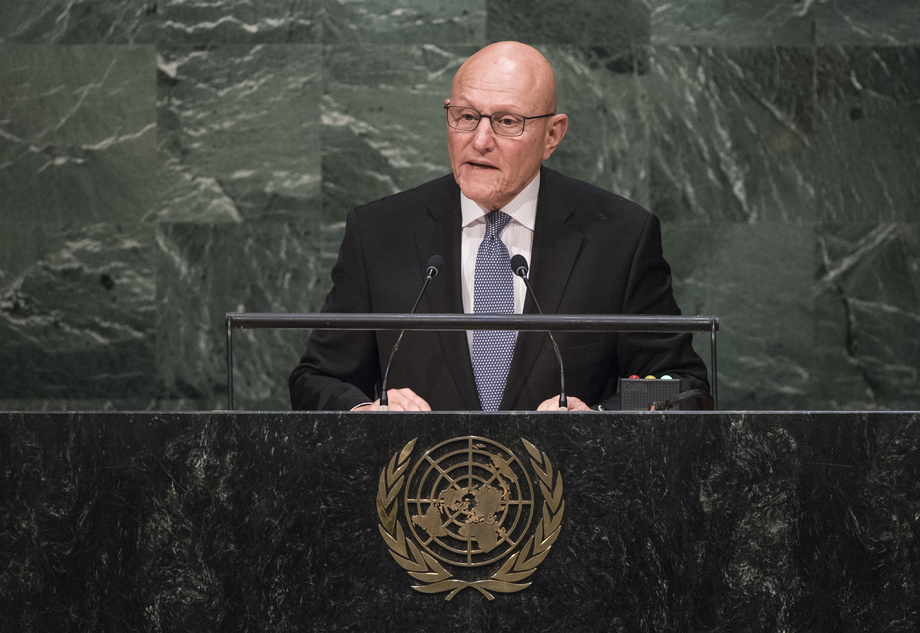 TAMMAM SALAM, President of the Council of Ministers of Lebanon, said that the tragic picture of Aylan Kurdi, the drowned Syrian boy, had described the story of a tormented people, drifting into the seas to nowhere, jam-packed on sidewalks and train stations, waiting for visas or just a meal.  Lebanon believed that the best solution to the problem and the least expensive for Syria and its neighbours was to tackle the tragedy directly at its roots.  Urging the prominent powers of the world to rise above reluctance, he added that only a political solution would safeguard Syria’s unity, independence and territorial integrity while fulfilling the Syrian’ people’s aspirations for a free and dignified life.  This call stemmed not only from the kinship links between Lebanon and Syria, but also from his country’s firm interest in ending the crisis due to the heavy burden of the massive waves of displacement.

If Europe, he continued, with its sizable capacities and generous humanity, had been confused at the sight of thousands of displaced erupting suddenly in its cities, Lebanon, with its scarce capacities had been crawling for the past four years under the burden of 1.5 million displaced Syrians.  The public infrastructure and hosting communities of his country had been exhausted to the maximum at a time of steadily declining international aid.  Lebanon reiterated its appeal to donor countries to increase their financial contribution.  Further, terrorism was the most daunting consequence of the conflict.  A group of Lebanese military forces were still being held by terrorist groups.  Lebanon was not an incubator of terrorists and military and security apparatuses had assumed increasing responsibilities in the fight against terrorism.

Turning to the Iran nuclear deal, he added that his country hoped this development would open a new page in international relations and would mark the beginning of an improvement in the regional environment.  He also reiterated his call to the international community to compel Israel to cease its violations of Lebanese sovereignty and cooperate with United Nations Interim Force in Lebanon (UNIFIL).  The repeated attacks on Al-Aqsa mosque would have serious repercussions as Israel would be held responsible for the failure in reaching a peaceful settlement to the conflict.  The East was the cradle of heavenly messages and the source of the alphabet, he said, calling on all countries to extend their hands to stop the death toll in Syria, Iraq, Libya, Yemen and the State of Palestine.