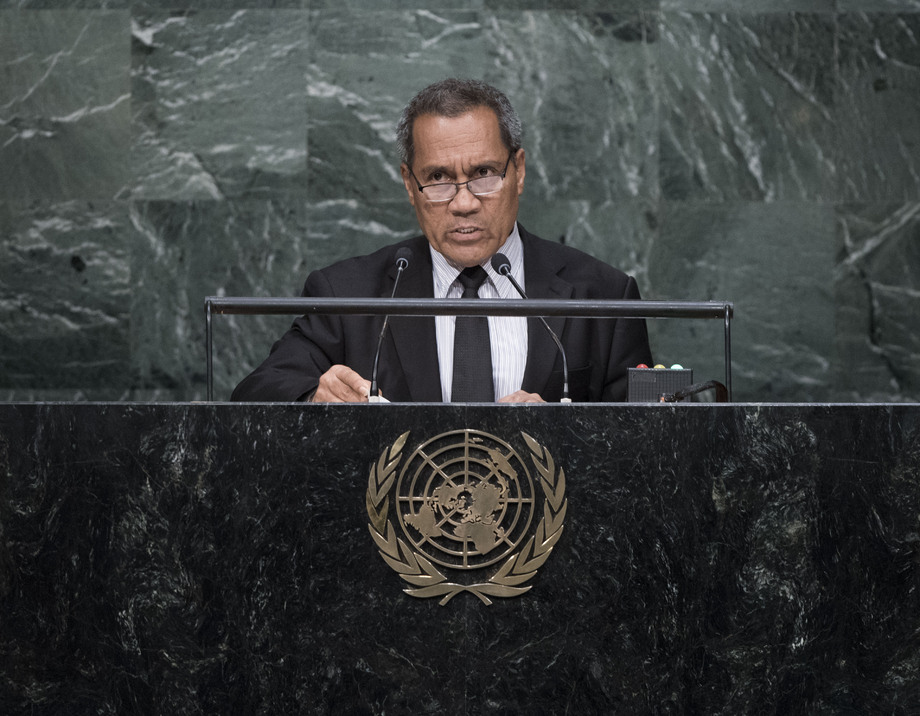 BARANIKO BAARO (Kiribati) said that in adopting the 2030 Agenda, it was important not to leave the unfinished business of the Millennium Development Goals behind.  Many countries, including hers, had not had a strong score card on the implementation of those Goals for a reason.  The development challenges facing the small island developing States were further compounded by climate change.  People in her country lived on low-lying atoll islands.  In some parts of the country, whole villages had to relocate due to severe coastal erosion and flooding.  Crops had been destroyed and drinking water sources were being contaminated by the intruding sea water.  Her country had adopted a multipronged strategy to ensure the survival of its people.  It had purchased offshore land, was looking at possible plans to build floating and artificial islands, and raising the height of islands to above the predicted sea-level rises.  It had embarked on educating its people on migration with dignity.  Saying that climate change was an existential challenge was simply not enough, she said, calling for an ambitious legally binding agreement at the upcoming Climate Conference in Paris.  The agreement must include provisions on loss and damage as a stand-alone element separate from adaptation and a special mechanism to fast track urgent assistance for millions of people around the world who needed that help now.