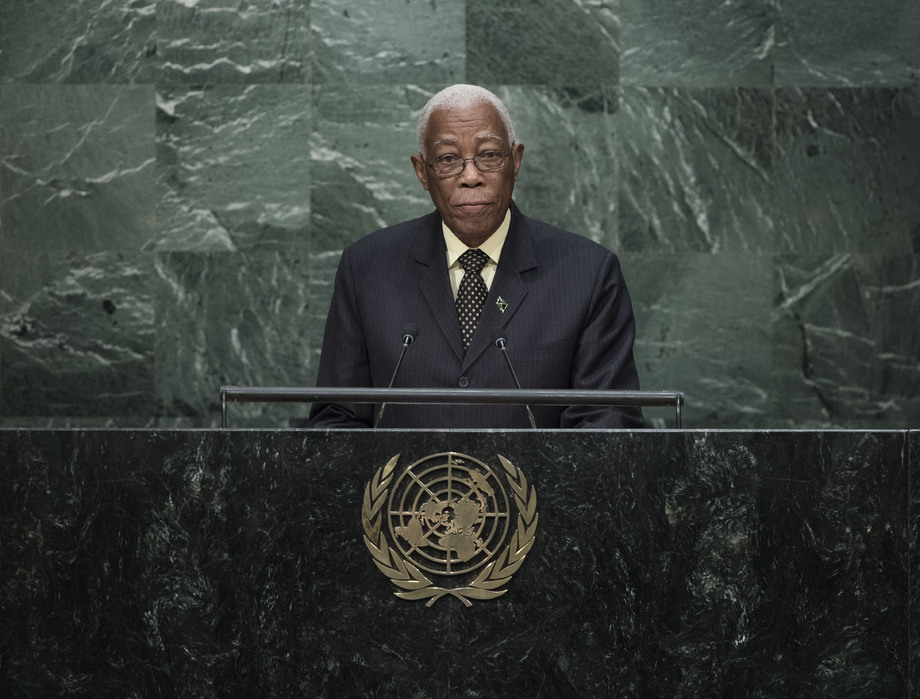 ARNOLD J. NICHOLSON, Minister for Foreign Affairs and Foreign Trade of Jamaica, said that the challenge posed by climate change was an existential one for the people of small island developing States.  It was key to ensure implementation of the new development paradigm, and to address the unique vulnerabilities of such countries.  In yet another reminder of the devastating and disproportionate impact of natural disasters on those States, the sister island of Dominica was currently struggling to recover from the ravages of tropical storm Erica.  Jamaica joined the appeal to the international community to rally in support of the people of Dominica, by assisting in the recovery, reconstruction and humanitarian efforts that were required.

It was an unfortunate fact that such events would certainly occur again, he said, and even now the Bahamas were being pummelled by Hurricane Joaquin.  In spite of that fact, the global community could assure the impact of the next natural disaster on the small island and low lying coastal countries was lessened by helping those countries to improve their resilience.  The next major test for multilateralism would come in a few weeks when he hoped to conclude negotiations in Paris on a global agreement on climate change.  It was necessary to capitalize on that momentum that had been generated throughout the year and work in concert to make the Climate Conference in Paris a success for all.