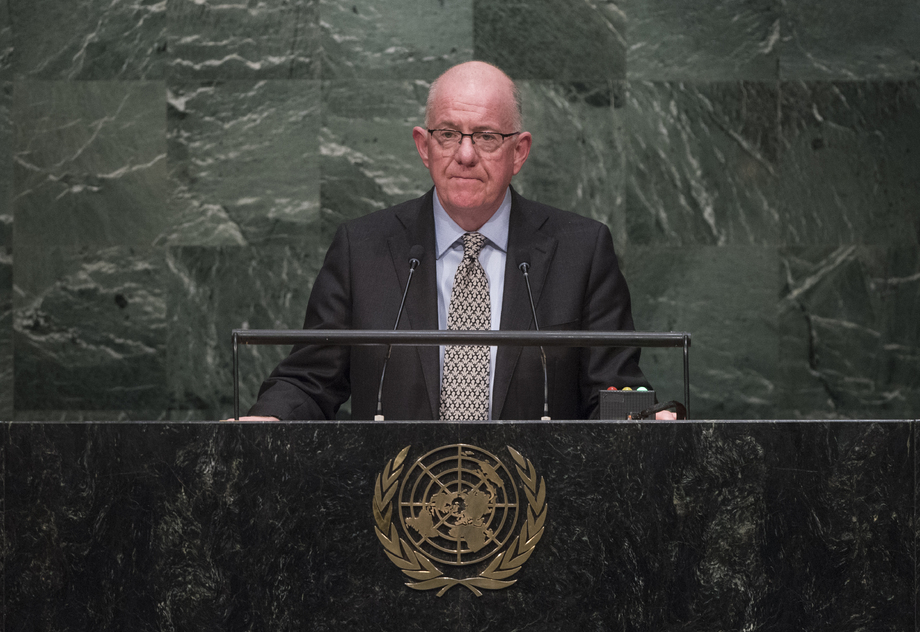 CHARLES FLANAGAN, Minister for Foreign Affairs and Trade of Ireland, said that to confront the “savage violence” of well-resourced non-State actors and some States and the humanitarian catastrophe that had ensued in many parts of the world, strong, assertive United Nations leadership was more critical than ever.  As a long-time troop contributor, Ireland was shocked and outraged at the reports of sexual abuse involving some United Nations peacekeepers.  He demanded decisive action to confront criminal behaviour by United Nations troops and welcomed the High-Level Independent Panel on Peace Operations’ analysis of the current and emerging challenges faced by peacekeepers as well as the changes required to adapt to evolving peacekeeping needs.

Turning to disarmament and non-proliferation, the Minister welcomed the Iran nuclear deal and looked forward to its full implementation.  He described the outcome of the Non-Proliferation Treaty (NPT) Review Conference in May as “deeply disappointing”, and said Ireland would continue to press States with nuclear arsenals to fulfil their commitments under the NPT.  “Today there are at least 17,000 nuclear weapons posing a threat to our very survival.  We cannot accept this status quo,” he said, and called for “real momentum” to achieve nuclear disarmament.  He urged all States to work with the Secretary-General's Special Representative on Migration, Irishman Peter Sutherland, to tackle the unprecedented scale of humanitarian crisis sweeping the globe.  Ireland had deployed search and rescue ships to the Mediterranean and was providing for the resettlement of over 4,000 refugees.  He also welcomed the Secretary-General’s establishment of a high-level panel to address the growing gap between humanitarian needs and resources.

Assessing various conflicts around the world, the Minister called on all sides in the conflict in eastern Ukraine to fully implement the Minsk Agreements and cooperate with the Organization for Security and Co-operation in Europe’s peacebuilding efforts.  Ireland remained committed to a two-State solution to the Israel-Palestine conflict.  This year Ireland became the first country in the world to legalize marriage equality by a popular vote.  He urged other States to follow suit and to promote rights for lesbian, gay, bisexual, transgender and intersex citizens.  He stressed Ireland’s grave concern for vulnerable women and girls in many parts of the world, underscoring his country’s commitment to gender equality.  The Minister advocated for a more accountable, coherent and transparent Security Council with wider geographical representation, including Africa.  Ireland endorsed the code of conduct on Council action and mass atrocity crimes developed by Liechtenstein and the Accountability, Coherence and Transparency Group, and supported the proposal by France and Mexico regulating the use of the veto.