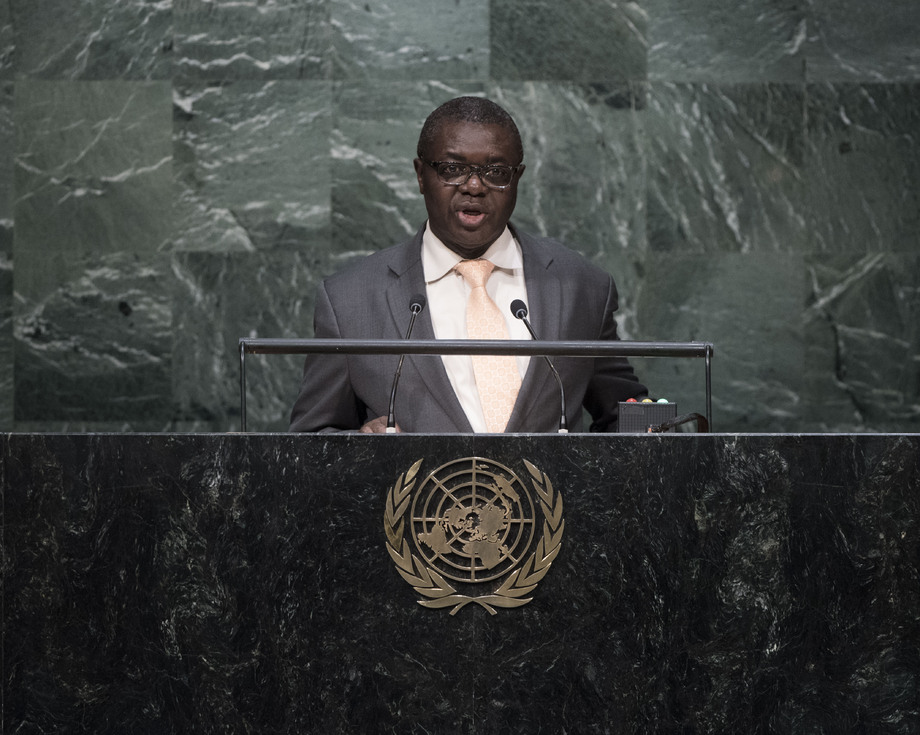 JOÃO SOARES DA GAMA (Guinea-Bissau) said that despite the recurrent instability, his country’s determination to build a viable State remained intact.  With the return to constitutional normality, the Government had made efforts to provide basic conditions required to relaunch its economy and tackle new challenges in consolidating peace and security.  The 2015-2025 “Terra Ranka” Development Strategy would guide Government actions.  The Strategy was consistent with the goals established in the 2030 Agenda.  The implementation of that Agenda would contribute to his country’s sustainable development.  In the same vein, the fulfilment by donor countries of their commitments to public development aid and other funding was crucial for the most vulnerable countries.  Issues related to Africa continued to dominate the agenda of the Security Council.  As nine of Organization’s 16 peacekeeping operations were in Africa, the voices of the continent’s 54 States must be heard in conflict management.  Africa’s legitimate claim for two permanent seats and broader representation as non-permanent members must be heeded.  His country also supported a proposal for permanent seats for Brazil, India, Japan and Germany.  Welcoming the re-establishment of diplomatic relations between Cuba and the United States, he said the main actors in the Israeli-Palestinian peace process could draw inspiration from that example.