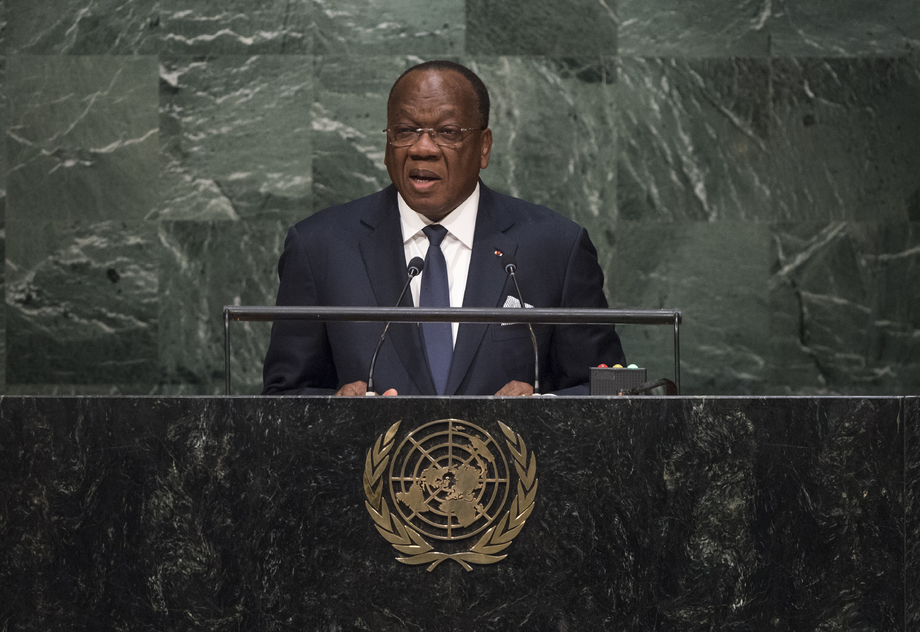 FRANÇOIS LOUNCÉNY FALL, Minister for Foreign Affairs of Guinea, said that, despite achievements of the last 70 years, the shared prosperity “we all want” had been threatened by new obstacles to stability.  The Middle East, where the Organization’s peacekeeping efforts had begun, was again unstable.  He called on the international community to make every effort towards renewing negotiations between Israel and the State of Palestine.  As Africa resumed its growth, it was investing in defence and security capacities to maintain the stability of its States.  Those efforts strove to put an end to all flashpoints hindering democratic progress at a time when the continent was facing terrorism that was affecting all regions.  The elimination of economic and social inequality, and the participation of people and countries in inclusive development would stand as a bastion against terrorism.

Realization of the new Agenda’s goals required the mobilization of appropriate resources, particularly to provide decent employment for young people and give women the tools to thrive independently.  That would not be possible without the protection of a healthy environment, he said, hoping the Conference of the Parties to the United Nations Framework Convention on Climate Change in Paris would produce a binding agreement to assure survival of the planet and urged States to contribute to the Green Climate Fund.  The time had come to make the United Nations a springboard to a truly global society by strengthening of the General Assembly and Security Council, he said, praising France and Mexico’s proposal to limit veto power in the latter body.  Pointing to the peaceful settlement of the Iran nuclear question and advances in relations between Cuba and the United States, he said history had shown that, through dialogue, it was possible to overcome the most difficult disagreements.  The transparent national elections Guinea would hold in October would mark a new beginning towards socioeconomic development, he said, noting that successful international efforts to eradicate the Ebola epidemic had been part of a sense of increased international solidarity.