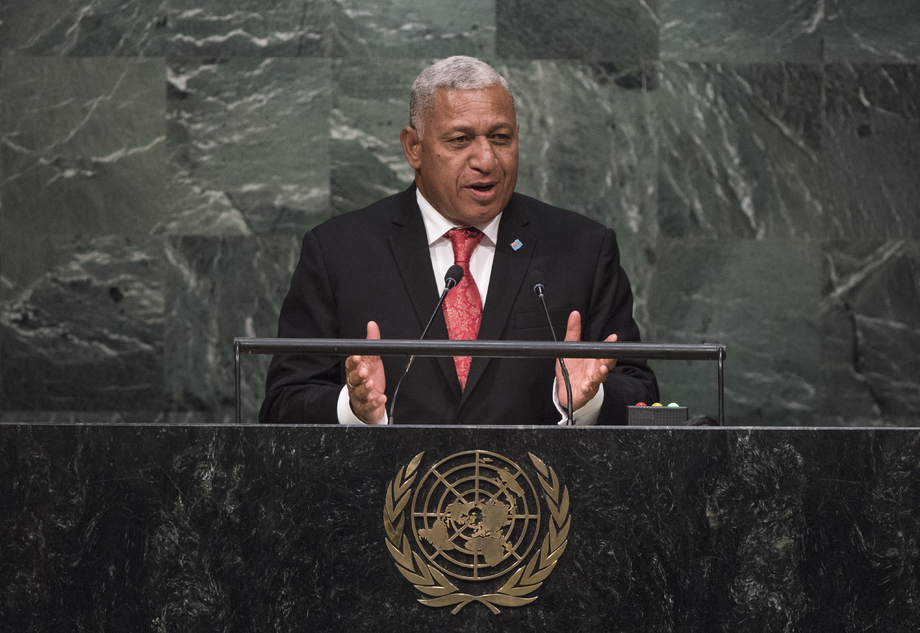 JOSAIA VOREQE BAINIMARAMA, Prime Minister of Fiji, noting its growing economy and strengthened democracy, said his country was undergoing a real revolutionary change.  It had engaged in social reform, introduced free schooling at the primary and secondary levels, and made efforts to bring governmental programmes to the country’s remote and underserved areas.  The increase in domestic investments, construction, tourism, and jobs indicated confidence in the country’s future.

Noting that human rights were the foundation of democracy, he said his country now enjoyed an unprecedented level of human rights protection.  He had invited a number of mandate holders under the Human Rights Council to visit Fiji and looked forward to ratifying core human rights instruments in the not-so-distant future.  Underscoring that Pacific small island developing States had “trouble being heard”, he said their unique perspective called attention to the detrimental effects of climate change.  Developed as well as developing nations must do more to address them.

Earlier this month, Pacific leaders had met in preparation for the Climate Change Conference in Paris, calling for a legally binding agreement, which recognized loss and damage as a stand-alone element, as well as climate change measures that were 100 per cent grant-financed.  He welcomed the Goals on the sustainable conservation of oceans and seas, adding that his country would host the 2017 Triennial Oceans and Seas Global Conferences.  In pursuit of environmental protection, it had begun a green growth framework based on inclusive and sustainable development.