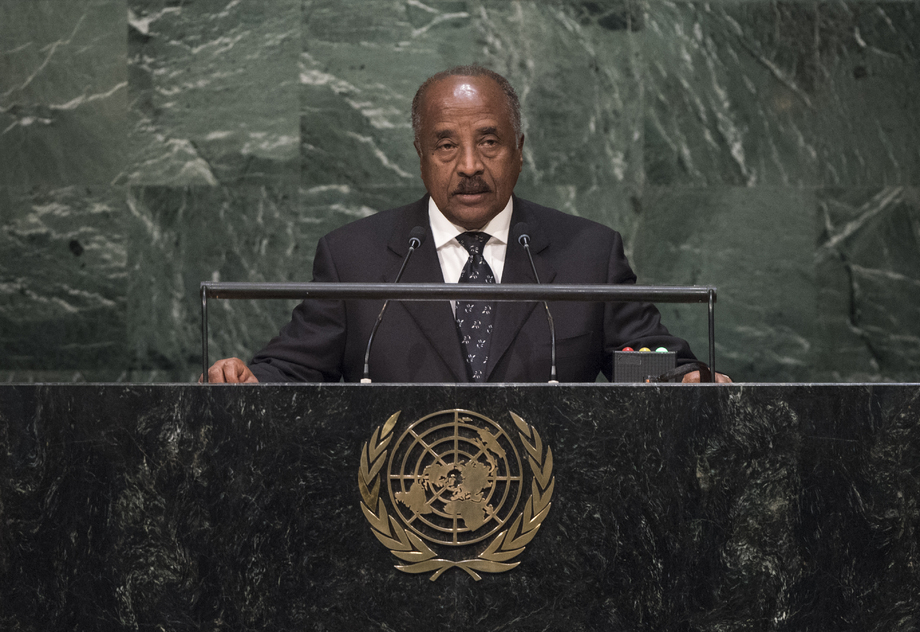 OSMAN MOHAMMED SALEH, Minister for Foreign Affairs of Eritrea, said that today’s world continued to be unfair and unequal, and the United Nations itself was a reflection of that “undemocratic global order”.  The overwhelming majority of Member States was marginalized, and the General Assembly, which should be the most powerful organ, was bereft of any real power and influence, with decision-making dominated by “a few among the few”.  He called for a rebuilding and revitalization of the Organization advocating for equal sovereignty of nations, respect for territorial integrity and the right of countries to choose their social and economic path of development.  There was a need to avert the environmental catastrophe that awaited humankind and threatened civilization.

Eritrea was a victim of the United Nations and the Powers that had dominated the Organization.  Six decades ago, the country had been denied its inalienable right to self-determination and independence.  It had been “savagely bombed” for three decades and had been subjected to “unfair and illegitimate sanctions, and baseless accusations”.  The United Nations and Security Council continued to countenance the illegal occupation of its sovereign territory in violation of international law and several Council resolutions, he concluded.