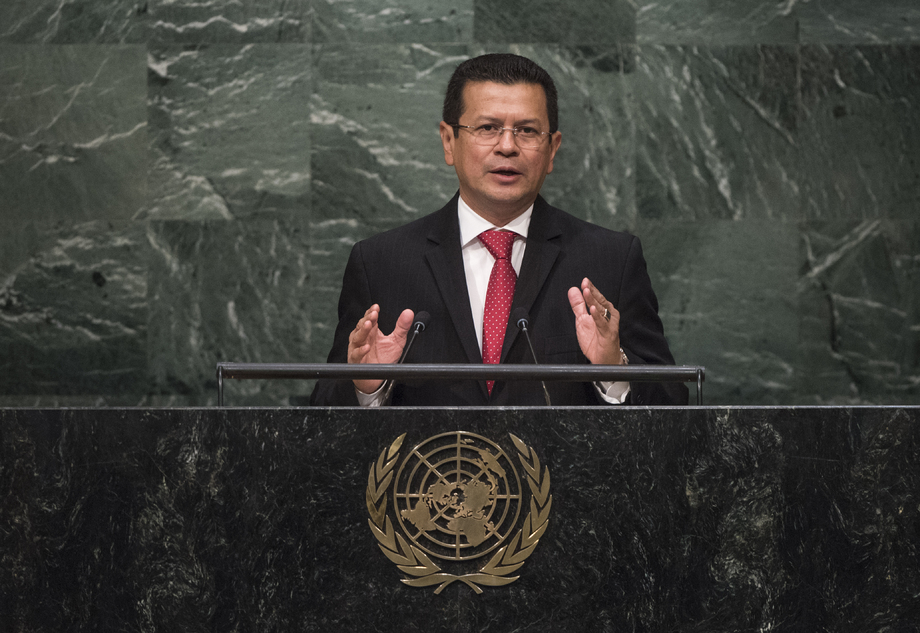 HUGO ROGER MARTÍNEZ BONILLA, Minister for Exterior Relations of El Salvador, said as the United Nations entered a new stage with enormous challenges ahead, the Organization must become more democratic, inclusive and participatory, especially the Security Council.  The historic responsibility of the 2030 Agenda for Sustainable Development presented many challenges left over from the Millennium Development Goals, including the fight against poverty, the proliferation of conflicts and the impact of natural disasters.  The United Nations must bring about a general restructuring of its financial architecture to help Central American countries serve their debt, which had an enormous effect on their ability to put forth public investment and generate private financing in achieving the new Sustainable Development Goals.

Turning to multilateralism, he said Latin America had made a special contribution, generating significant progress in security by waging an unprecedented battle against international crime.  In its national plan for crime prevention, prosecution, rehabilitation, reinsertion and the strengthening of crime-fighting institutions, El Salvador needed the support of the United Nations due to the size of the challenge.  With regard to the global drug problem, the General Assembly’s special session on that issue, to be held in April 2016, would grant El Salvador the opportunity to revitalize the dialogue, assess achievement and gain insight on the future efforts to combatting the scourge.  The country also called on the international community to work together on the Arms Trade Treaty, which meant life or death for millions, he concluded.