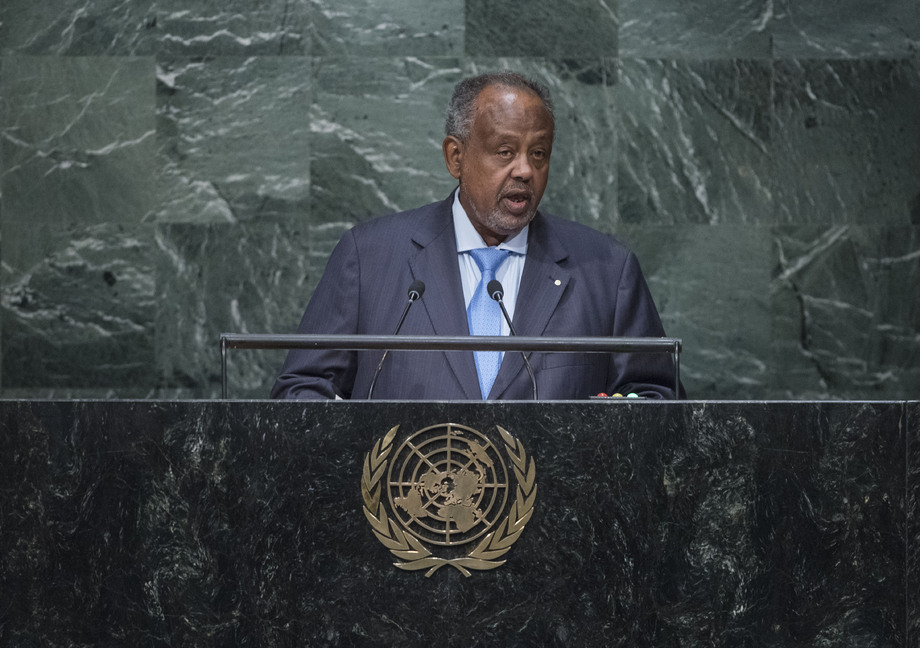 ISMAËL OMAR GUELLEH, President of Djibouti, first paid tribute to Roble Olhaye, the late Permanent Representative of his country to the United Nations, commending his contribution to diplomacy.  He noted that this year marked the seventieth anniversary of the United Nations founding, the twentieth anniversary of the Beijing Declaration, and the fifteenth anniversary of the adoption of the Millennium Development Goals.  Despite progress, there was still a long way to go, with poverty, hunger, and unemployment prevailing.  More recently, the world witnessed a rise in violent extremism and the health system of several countries overwhelmed by the outbreak of Ebola.

He noted that many developing countries, including his, were still suffering the consequences of the 2008 financial crisis.  Establishing a credible multilateral trade system that catered to the specific needs of Africa and the least developed countries was important.  The current deadlock in the World Trade Organization (WTO), particularly the Doha Round of negotiations, was a cause for concern.  As for climate action, African States stood ready to do their part in reducing emissions based on the principle of common but differentiated responsibility.  Despite its marginal contribution to emissions, his country bore the brunt of climate change, especially drought and flooding.  Based on climate impact models developed by Yale University, his country had embarked on a policy of renewable energy towards 2020, which included use of hydro, wind and solar energy.

Africa was the first region to have fallen victim to terrorism and violent extremism, he said.  The continent’s experience of fighting terrorist groups, including Al-Shabaab, must be shared.  Welcoming a high-level meeting on countering violent extremism chaired by the United States President on Tuesday, he stressed no country alone could combat terrorism, which knew no borders.  All stakeholders must unite in analysis of root causes and take action.  To that end, his Government aimed to establish a centre of excellence for combating extremism.  Turning to tension in the northern part of his country occupied by Eritrea, he urged the neighbouring nation to abide by a mediation agreement reached five years ago.  He called for resumption of a peaceful political transition in Yemen, while stressing the importance of a stable security environment in Somalia.  He also reiterated Africa’s call for a permanent seat in the Security Council.