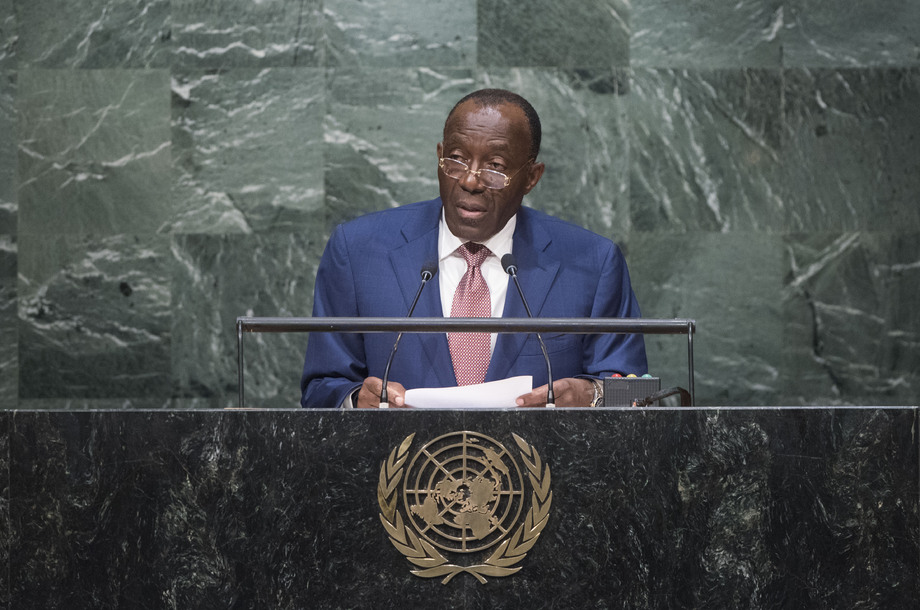 RAYMOND TSHIBANDA N’TUNGAMULONGO, Minister for Foreign Affairs and International Cooperation of the Democratic Republic of Congo, said the United Nations remained increasingly relevant in its timely objectives and principles.  However, without peace, development was just a hypothesis.  Where underdevelopment and poverty reined, social demands frequently led to violence.  “There are no borders anymore,” he said, stressing that the “synergy of efforts” was not an option but a sine qua non requirement.  Similarly, reform of the Security Council to include his continent was urgently required.  He reaffirmed his country’s unreserved support for the Ezulwini Consensus, which was the only way to ensure the appropriate representation of his continent on the Council.

He said that his State, which through its history had learned the inestimable value of peace, was working to preserve that principle within and outside of its borders.  However, given its limited means, the country was conducting military operations to neutralize negative forces and armed groups which had for 15 years sewn destruction and death in its eastern provinces.  Recalling that all countries had signed onto the Millennium Development Goals, he said that their full realization had been hindered by challenges that must be addressed.  Among those was climate change, he said, emphasizing the need to conclude in Paris a legally binding agreement that would help contain the rise in global temperature.  His country was committed towards that objective, and had made commitments in mitigation and adaptation measures, in particular, through the reduction by 17 per cent of its greenhouse gas emissions by 2030.

Recalling his country’s history of conflict, he said the Democratic Republic of Congo might have disappeared had it not been for the United Nations.  He saluted the international solidarity that had supported it, especially the troop‑contributing countries of the United Nations Organization Stabilization Mission in the Democratic Republic of the Congo (MONUSCO).  Peace, security and the authority of the State had been restored in most of the country, which had fostered large-scale economic growth.  In 2014, his State grew at a rate of 9.5 per cent, the third fastest growth rate in the world.  Finally, in light of today’s situation in his country, it was time to rethink the United Nations presence there and to begin a decrease in MONUSCO troop levels.