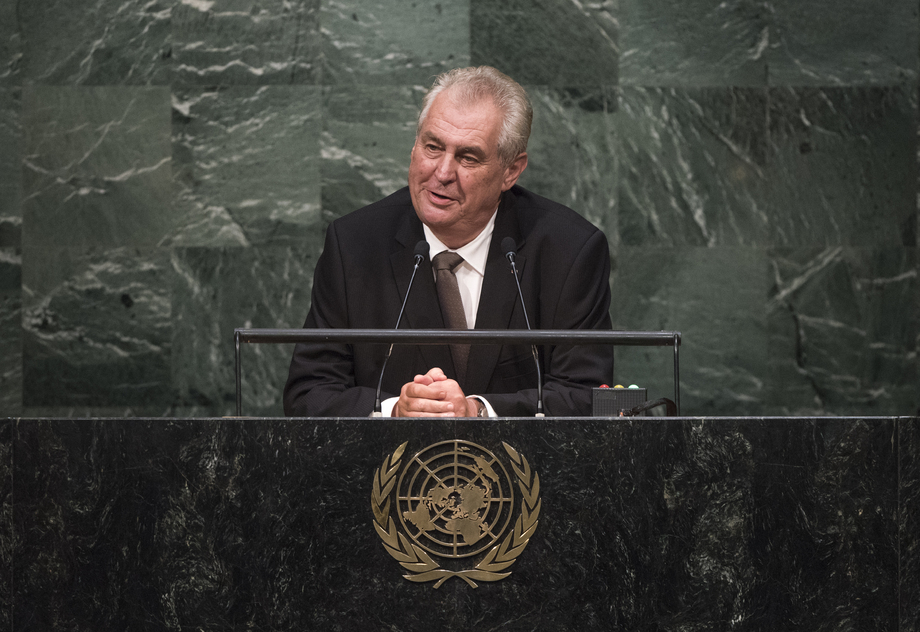 MILOŠ ZEMAN, President of the Czech Republic, criticized leaders who had spoken before him for listing too many priorities in their short speeches.  He had only one: the fight against international terrorism.  Terrorism was an outrage and the main danger of human civilization.  Practically all European countries faced migration provoked by a consequence of terrorist actions in the Middle East and Africa.  It was wonderful to criticize terrorism, organize anti-terrorism demonstrations and prepare the declaration against terrorism.  But there remained three illusions concerning the scourge: that terrorism would vanish like a historical fluctuation, when it had been growing like a cancer; that it remained a phenomenon of Islamic States, when it comprised networks across continents; and that there existed a standard form of war against terrorism.

His proposal involved neither tanks, nor artillery, nor a massive occupation, but rather a coordinated action under the umbrella of the Security Council, he said.  The United Nations had many articles concerning the possibility of military action:  some were never activated and were called the “sleeping structures”.  The United Nations needed to activate them.  The international community, under the five permanent Council members, should mobilize small military units equipped with drones, helicopters and rangers, and join together to eliminate the leaders of terroristic groups — the nerve centre of those organizations.  It was his firm hope, he said, that one of the permanent members would propose such a resolution, and if not, as a historic optimist, he believed it would eventually become evident as the way forward.