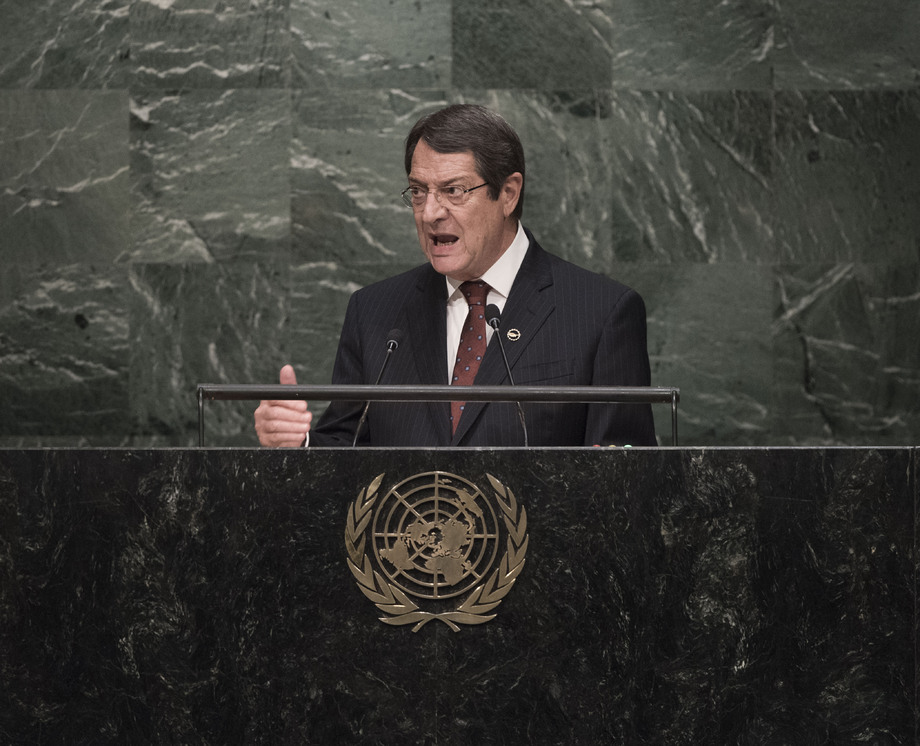 NICOS ANASTASIADES, President of Cyprus, said he was proud that his country had been actively involved in the development of the Sustainable Development Goals since the very beginning, as the process reflected the high principles of effective multilateralism and close cooperation of all nations.

At the same time the global community was witnessing ongoing turmoil, extremism, sectarianism, civil war and terrorism in the Middle East and North Africa and other regions of the world.  The international community must be vigilant as migration flows increased as people left their homes in search of a better future and the refugee crisis persisted in countries and continents around the world.  In order to reverse those worrying developments, global efforts had to be directed to all countries and regions in conflict zones, particularly the Middle East and North Africa, to ensure sustainable development.  The root causes of political instability and economic security also must be addressed.  For example, it was not enough to take action against individuals responsible for terrorist attacks; efforts had to be directed against the enablers of terrorism.

Cyprus, with its proximity and close historical, political and social links to the Middle East and North Africa, was convinced that the international community did not appreciate the region’s complexities, he said.  While recognizing the value and necessity of the United Nations, Cyprus also believed it needed to be reformed and modernized in order tackle contemporary realities.  New global threats had emerged, such as climate change and environmental degradation.  Seventy years after its founding, the United Nations needed more from the world leaders to demonstrate statesmanship and vision, so as to rebuild newly broken societies and find a path to renewal.