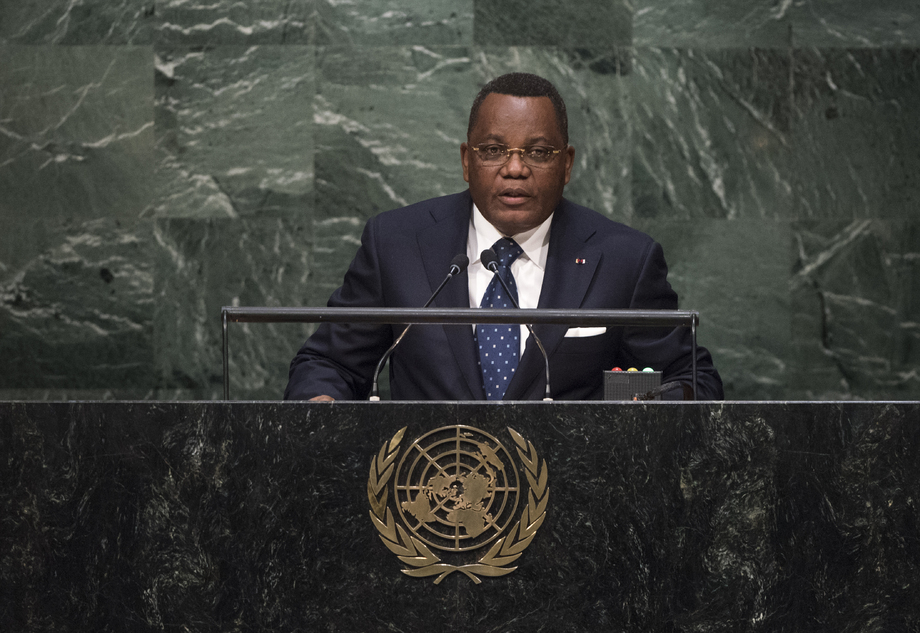 JEAN-CLAUDE GAKOSSO, Minister for Foreign Affairs of Congo, representing President Denis Sassou-Nguesso, said that the founding fathers of the United Nations wanted to promote social progress and better living conditions for everyone.  There had been much human progress and scientific and technological improvements since then.  His country and others had thrown off the yoke of colonialism and there were now many new nations.  Over the last 70 years, humanity had not seen a tragedy on the scale of the Second World War and, in that, he acknowledged the role of the United Nations.

He said his country Congo hailed the resumption of relations between Cuba and the United States and believed that brave process could lead to the lifting of the economic embargo.  The Congo also saluted the recent nuclear accord reached with Iran.  Yet, even with the undeniable advances, the international community had to address the numerous existing weaknesses in order to ban the spectre of war.  There were now many conflicts fed by non-State actors and small extremist groups, even pirates.  Climate change, with its dangerous effects on the environment, and the migration crisis were among the crises that represented threats to the stability of States everywhere.  Africa had not been spared the spate of conflicts, he said, highlighting the terrorist threats created by Boko Haram in Nigeria, Niger, Cameroon and Chad, for which an international response was needed.  Tensions persisted in Mali and South Sudan as well as an ongoing conflict in the Central African Republic, requiring the international community’s support.

Peace and stability needed to be backed by a minimum of economic development that benefited the broadest number of people, he said.  An effective platform of financing for sustainable development was necessary.  Congo had a national sustainable development strategy.  The 2005 World Summit was evidence of the collective will to see the United Nations reformed.  The Organization needed greater transparency and justice and more internal democracy, while respecting the sovereignty of States.  Congo renewed its commitment to the United Nations and exhorted the community of nations to work towards the noble ideals of equality, justice and peace, and the solidarity and generosity of humanity.