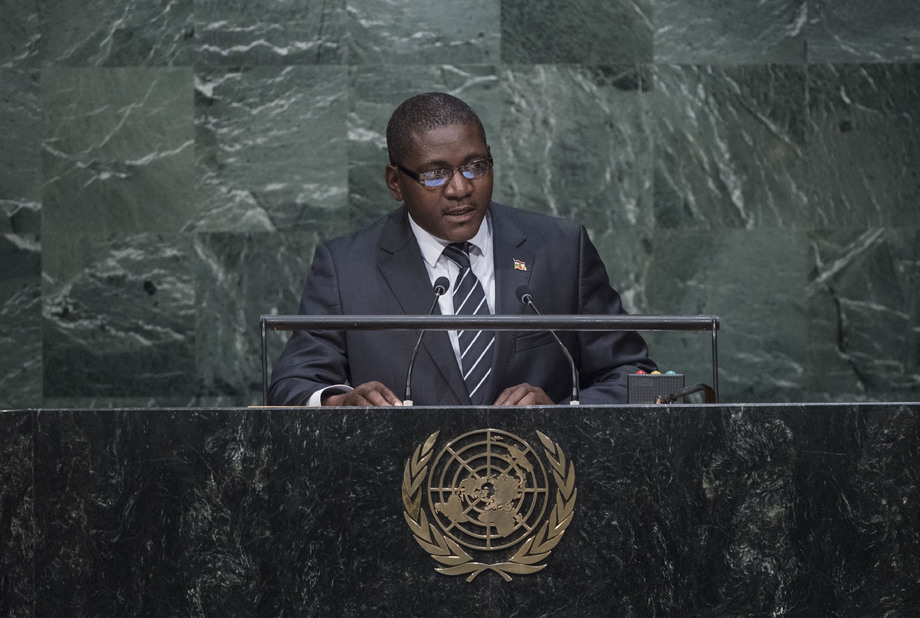 SAMUEL RANGBA, Minister for Foreign Affairs of the Central African Republic, said he must “spare addressing international issues”, and instead call world leaders to recent fighting that had taken place in his country.  In 2014, the Central African Republic’s interim President had outlined the dramatic situation in her State, while appealing to the international community to come to the country’s aid.  Due to the blind and savage violence of non-regulated armed troops, the international community unanimously committed their support to the transitional Government, and the United Nations deployed the Multidimensional Integrated Stabilization Mission in the Central African Republic (MINUSCA).  Supported by that commitment, the head of State worked to establish dialogue with the groups to find social cohesion and stabilization.  The transitional Government drew up a road map to re-establish State authority, assist in the recovery of the economy and organize elections.  Progress had been made: armed groups renounced violence; the economy began to recover; the State set a deadline for elections; refugees exercised their right of return; and Bangui had begun to, once again, “find its charming way of life”.

Alas, just as the Central African Republic had started its gradual recovery and had come to the United Nations to take its place and share the news, the enemies of peace dealt a harsh blow on 25 September with savage killings and other crimes, he said.  It demonstrated that peace and reconciliation were still tenuous, and that the country required supportive action so that it was not drawn once more into a cycle of terrorism.  He asked the international community and the Organization for a stronger presence in his State to “staunch the crime and the violence”.  The development of his country’s people had been dependent on the security situation, but because a handful of individuals needed to satisfy their hunger for power, the outbreak of crises had multiplied on many fronts, and the State, once more, faced diminished resources.