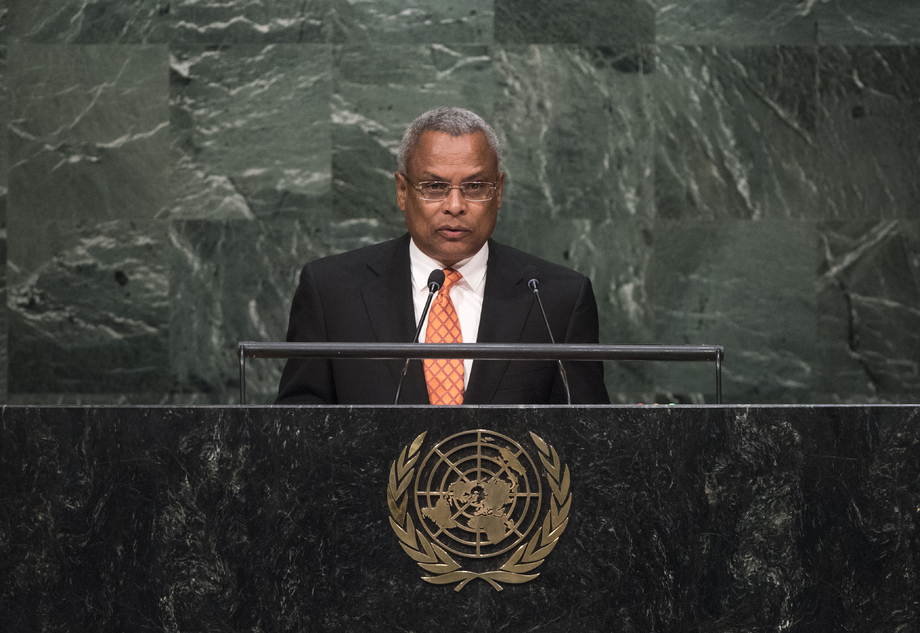 JOSE MARIA PEREIRA NEVES, Prime Minister of Cabo Verde, appealed for constructive negotiations among the various Member States towards the revitalization of the powers of the General Assembly, adding that an enlargement of the United Nations Security Council membership needed a more equitable and appropriate representation that reflected the changes in the world.  With small island developing States, like Cabo Verde, the threat to their survival as a result of climate change, included, among others, vulnerability to natural disasters, risk of losing biodiversity, and difficulties in accessing financing needed.  Such States deserved special attention in the context of the Sustainable Development Goals.

He went on to say that the 2030 Agenda was a source of hope for billions of human beings who aspired to a more just, equitable and inclusive world.  He also voiced hope that supportive declarations would translate into tangible commitments resulting in the reduction of greenhouse-effect gas emissions.  Meanwhile, the new agreement that was to be signed in in the Climate Conference in Paris must properly frame the inevitable issues of “losses and damages.”  His country was firmly committed to accepting responsibilities and making contributions in that domain.

Noting that Capo Verde was proud to be a benchmark for democracy, rule of law, and the promotion and protection of human rights, he voiced concern about the proliferation of existing conflicts and tensions in Africa and the Middle East, resulting in thousands of refugees driven by total desperation in search of better economic, social, political and environmental circumstances.  War not only affected the well-being of the populations in their territories, but also created instability, disrupting the development of entire regions equally.

The sea played a crucial role in the history, identity, and subsistence of the Cape-Verdean people, providing vital natural resources and serving as a connection among the ten islands that form the archipelago of Cabo Verde, he stated.  His country relied on the international community to face maritime security challenges, mainly those posed by trafficking.  The world had great renewed expectations for the role of the United Nations in maintaining international peace and security but also in promoting a more prosperous and solid international society.