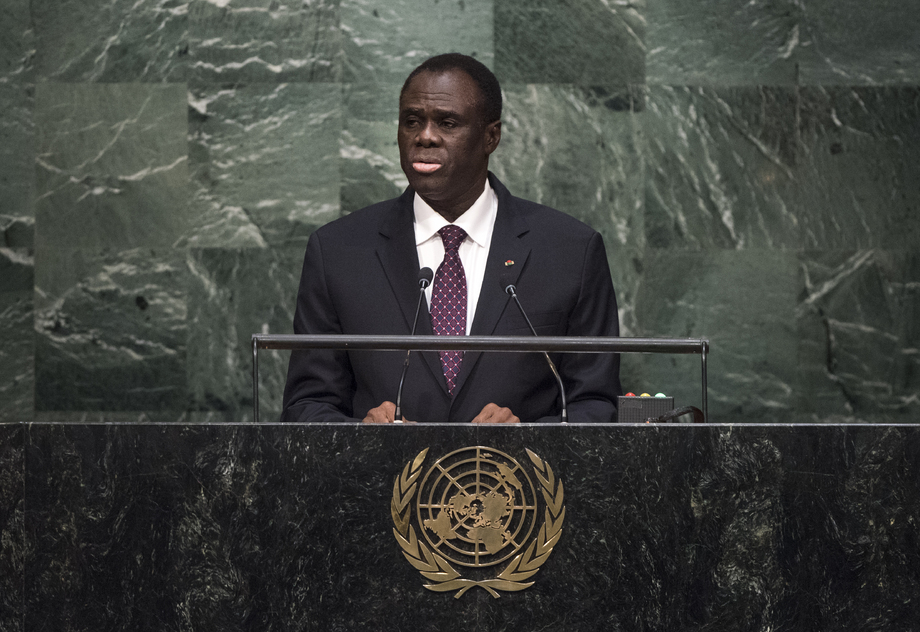 MICHEL KAFANDO, President of the Transitional Government of Burkina Faso, said that the Government he was leading had resulted from a popular uprising in October 2014.  He was here today to extol the virtues of true liberty and having been deprived of that for a time, he said he knew how precious it was.  Two weeks ago when he was jailed on the eve of the electoral campaign as a result of a heinous coup, it was unthinkable that he would be here.  Thanking Member States, civil society organizations and journalists, he said that “the people of Burkina Faso have asked me to convey our deep appreciation to you”.  He sought the international community’s continued support in order to anchor a genuine democracy in Burkina Faso.

Turning to international affairs, he said that while the world was far from achieving the Millennium Development Goals, the action plan adopted at Addis Ababa lay the groundwork for the effective implementation of the 2030 Sustainable Development Agenda.  He urged a peaceful resolution to the Israel-Palestine conflict, and reaffirmed the need for autonomy status to the Saharan region as a credible solution to the conflict in Western Sahara.  Burkina Faso also endorsed a complete lifting of the embargo against Cuba and welcomed the recent positive developments between the United States and that Caribbean country.