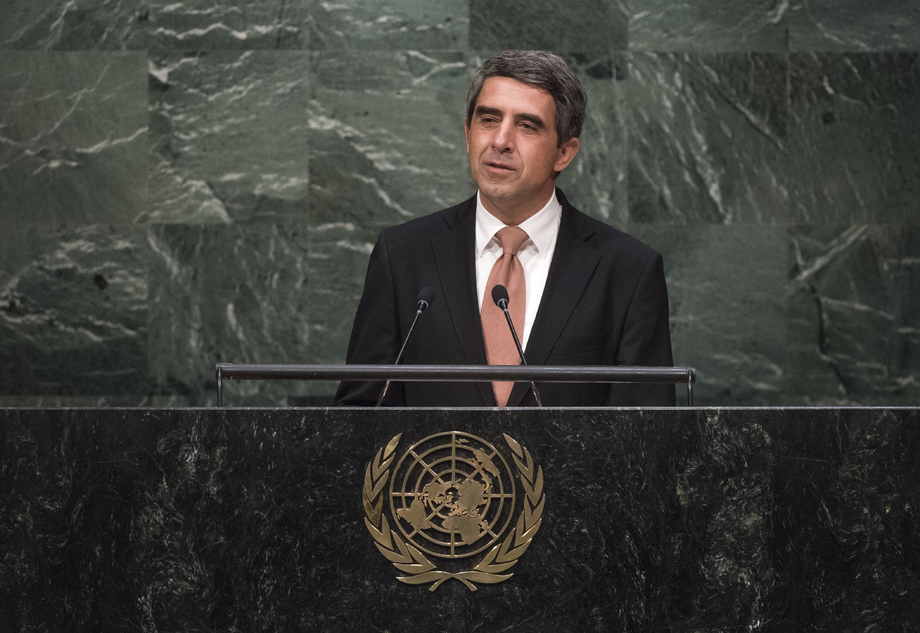 ROSEN PLEVNELIEV, President of Bulgaria, said the rising extremism could not be contained by borders and hundreds of thousands of people were at the doorsteps of Europe reaching out for a helping hand.  As a result, nationalistic parties that fed on people’s fears were seizing the momentum.  “We should not wait for the crises to appear on our television screen before we act,” he said, noting that every crisis could be traced back to an initial phase of human rights violations.  Turning to climate change, he added that in 2015, the international community had an opportunity to end two decades of intense climate negotiations and begin a new era.  His country would contribute to the successful finalization of that process.

As long as there was conflict in Syria, he continued, the refugee crisis would not go away.  Europe was currently focused on the establishment of a solidarity scheme that would allow the fair relocation and resettlement of refugees among all member States.  Apart from the fear of infiltration of extremists on European soil, the issue of illegal human trafficking had also been raised.  The European Union needed to not just address the crisis but to solve it because the region represented “the largest area of human rights, peace and democracy in the world”.

Condemning the deliberate destruction of world cultural heritage sites in Syria and Iraq by terrorists as a severe blow to all human civilization, he underscored the role of United Nations Educational, Scientific and Cultural Organization (UNESCO) in protecting those areas during armed conflicts.  He welcomed the Joint Comprehensive Plan of Action.  He also said that just across from his office, in the very heart of the Bulgarian capital, Sofia, there were temples of different religions — an orthodox church, mosque, synagogue and Catholic cathedral — which was a testament to his country’s tolerance, wisdom and respect for diversity.