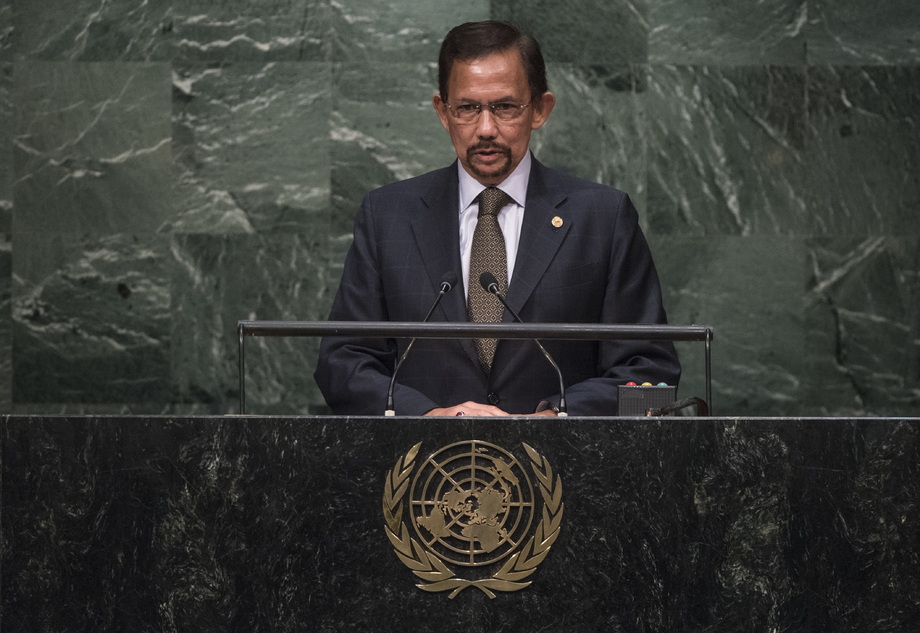 HASSANAL BOLKIAH MU’IZZADDIN WADDAULAH, Sultan and Yang Di-Pertuan of Brunei Darussalam, said that while the United Nations was not a panacea, that had not hindered its overall success.  Among its achievements he noted its ability to contain pandemic diseases and the efforts of humanitarian workers and peacekeepers.  With a membership of 193, there were high expectations of what the Organization could do to address an ever-increasing range of issues that affected the daily lives of people.  He was pleased that the new Agenda had encapsulated most if not all of those concerns.  Its inclusiveness signified the trust and faith placed in the Organization.  Therefore it was important to fulfil national and collective responsibilities to see that the Agenda would be realized.

The United Nations had provided his country with a platform to enhance its bilateral and multilateral relationships since it had become a Member State in 1984 and its values had been the foundation of the country’s stability and prosperity, he said.  The region, through the Association of Southeast Asian Nations (ASEAN), shared principles of territorial integrity, non-interference, consensus, rule of law and good governance as guidance towards closer cooperation.  He envisioned the creation of a close-knit global community with similar values and principles that could be created through cultural exchanges.  Ultimately, that could prevent new conflicts and allow resources to be used for socio-economic development.

Thus he agreed with the Secretary-General on the need to strengthen partnerships between the United Nations, regional and sub-regional organizations.  In that context, he noted the work plan on preventive diplomacy adopted by ASEAN members two years ago.  In addition, he joined others in condemning terrorism and reiterated support for all international efforts to prevent and eliminate all its forms.  It was crucial to address the root causes of terrorism and extremism in a comprehensive manner.  One way to approach that was to resolve the plight of the Palestinian people, which remained at the core of the Middle East conflict.  He looked forward to improvements that would make the United Nations more effective in responding to the ever-increasing demands of its Members.  “The success of our Organization lies in our hands,” he said, calling “our collective efforts and strength” its best attribute.