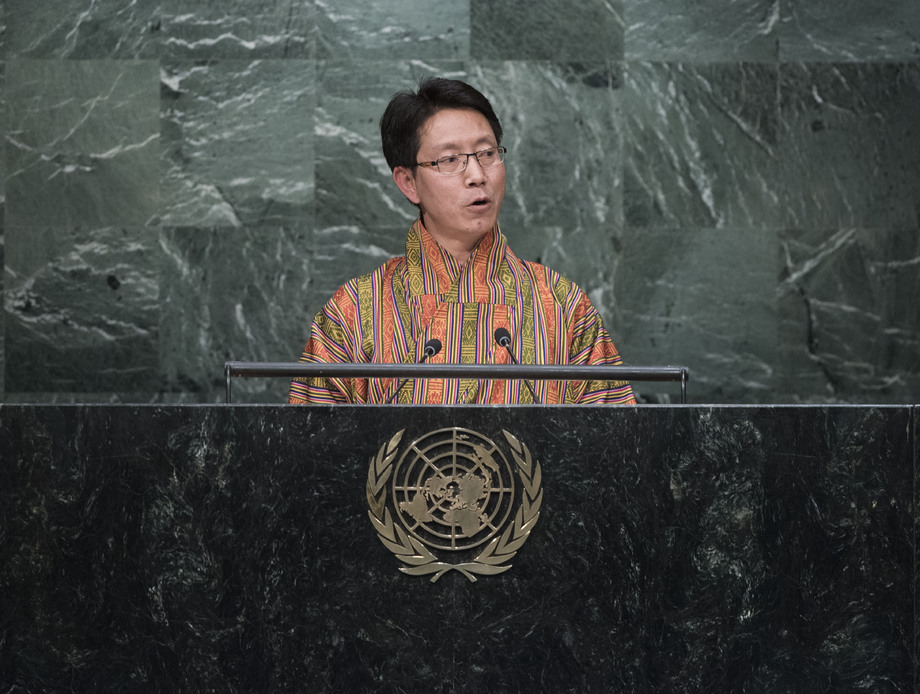 LYONPO DAMCHO DORJI, Minister for Foreign Affairs of Bhutan, said the United Nations had delivered much that it promised in its Charter.  It had saved millions of lives through relief efforts, vaccinating children, eradicating smallpox and fighting HIV/AIDS.  It had fed millions every year in countries affected by war, conflict and natural disasters.  And it had negotiated peace deals and conducted peacekeeping operations to advance democracy and create an international human rights system.  It had combatted climate change, reduced extreme poverty, and prevented the spread and use of nuclear weapons.  However, even while celebrating achievements, it was important to look to the road ahead.

Peace, security and human rights needed to go hand in hand with sustainable development, he said.  Bhutan’s own Gross National Happiness was essentially “development with values”, and they also remained a bastion of environmental conservation with 72 per cent of land under forest cover.  Efforts to safeguard the environment were reinforced by a constitutional mandate to maintain a minimum of 60 per cent of land under forest cover, for all times.  Peace, security and human rights depended on an all-inclusive approach to development that put people and environment at the center.  Implementing the Sustainable Development Goals was a daunting challenge, and for countries like Bhutan that was both least developed and landlocked, the challenges would require innovative and creative approaches.  The key would be to build a strong and sustainable green economy that ensured gainful employment for youth, and promoted self-reliance.