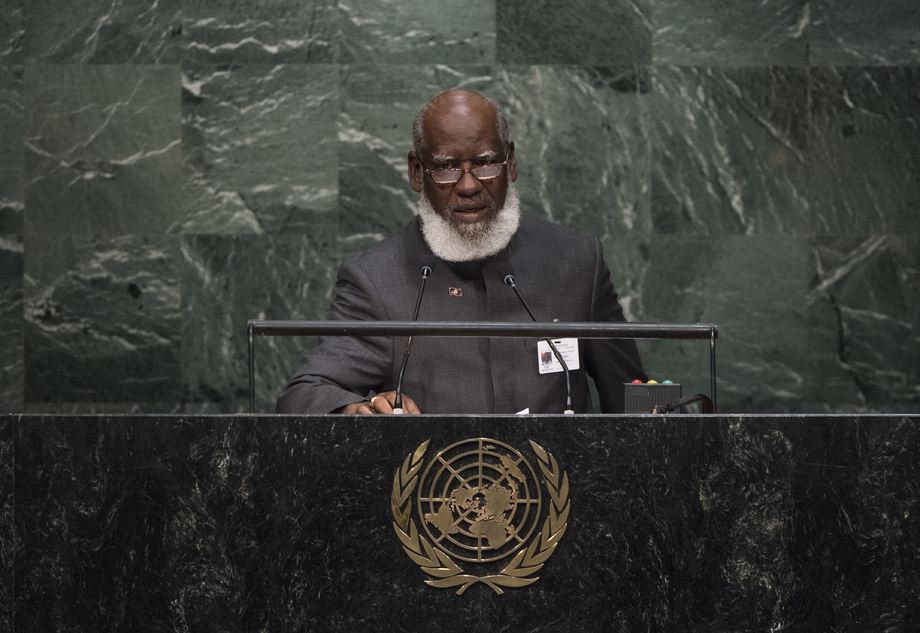 Wilfred Elrington, Minister for Foreign Affairs of Belize, said at the founding of the United Nations seventy years ago, the world was not confronted by the “potentially intractable and catastrophic” phenomenon of climate change.  He questioned whether the Organization possessed the resilience to tackle the issue.  Climate change was giving rise to melting glaciers, the rising and warming of oceans, and the spawning of super typhoons, hurricanes and floods.  Although the world was confronted with the man-made threat of senseless violence perpetrated by terrorists, religious extremists and brutal regimes, nothing posed so great an existential threat to the entire planet as climate change.  It had led to a severe erosion of the world’s food supply and the looming spectre of global starvation.  The issue had to be treated with the utmost urgency.

The United Nations, he went on, had made inroads in combatting climate change, most notably the adoption of the 2030 Sustainable Development Agenda but the “jury was still out” on its record of achievements in that regard.  A successor global emissions reduction regime hung in the balance, owing to inadequate finance and technology.  The failure of world Powers to agree to limiting temperature rises to well below 1.5 degrees centigrade relative to pre-industrial levels would adversely affect small island developing States and low-lying coastal areas.  Belize would do its utmost to contain climate change.  It had joined other small island States in pioneering the so-called DOCK initiative to foster the transition to low carbon and climate resilient economies.  Belize was also doing its part in ensuring that peace and security prevailed in its region.  It had joined the Latin American and Caribbean countries in designating the region as a zone of peace, and earlier in 2015, it had signed a Protocol to the Special Agreement between Belize and Guatemala to submit Guatemala’s Territorial, Insular and Maritime claim to the International Court of Justice.