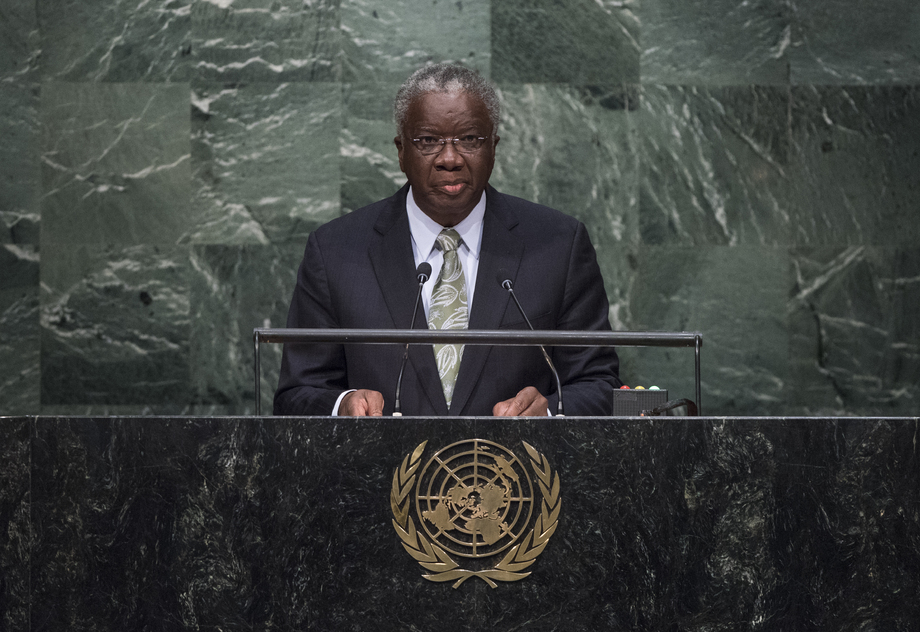 FREUNDEL STUART, Prime Minister of Barbados, noted that Member States would gather in Paris for the Climate Change Conference to ensure the planet’s survival.  For those who had framed the Charter, the cessation of global war was the single existential threat, and while that threat remained, “it would be to our peril were we not to accord to climate change the same deadly capacity”.  The countries of the Caribbean were clear that the Climate Conference in Paris should result in a commitment by all parties to curb greenhouse gas emissions to hold global average temperature increase below 1.5oC above pre-industrial levels; cooperate in taking action and submit to regular 5-year cycles of reporting, verification and updating mitigation commitments; and support small island developing States and least developed countries.  A single natural or manmade disaster could have catastrophic economic, infrastructure and humanitarian effects on a national scale.

Seventy years on from the creation of the United Nations, he said, the Organization had transformed the international system, leading to his country’s full sovereignty and United Nations membership, however, not all the hopes embodied in the Charter had been realized.  For small developing countries, in particular, the promised emphasis on development had not been fully realized.  Development could not flourish where there was no peace.  In that context, he was heartened by the lessening tensions between Venezuela and Guyana.  He meanwhile regretted the international community’s failure to take action to end the refugee crisis, underscoring that people who lived in peace and security, and whose human rights were respected felt no compulsion to flee.

Barbados had ratified the Arms Trade Treaty in May 2015, he said, noting that for countries like his, the real weapons of mass destruction were small arms and light weapons.  Their trade often was accompanied by traffic in illicit drugs and other organized crime.  Barbados had also adopted the Addis Ababa Action Agenda and 2030 Agenda for Sustainable Development this year, linked through setting goals and providing the means for their realization.  The United Nations and international financial institutions must address the graduation of middle- income countries from access to concessionary and grant-based financing.  It was time to develop appropriate development measures that went beyond per capita gross domestic product (GDP).  Touching on other matters of interest to his country, he commended the United States’ decision to end its diplomatic isolation of Cuba, and hailed the General Assembly’s decision to create an International Decade for People of African Descent, focused on recognition, justice and development.  In pursuing sustainable development, due regard should be accorded the reparatory justice contemplated in the activities envisaged in implementation of the Decade.