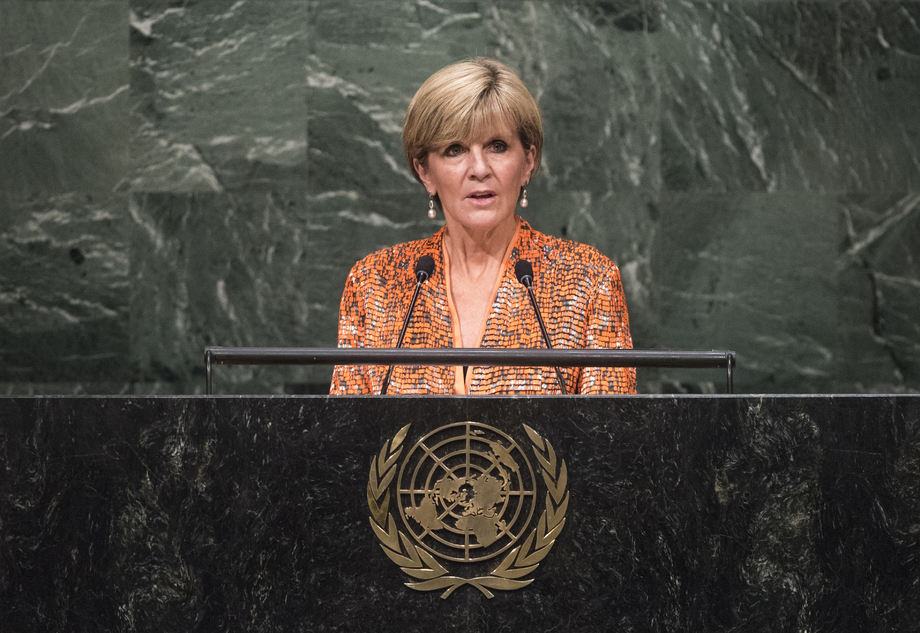 JULIE BISHOP, Minister for Foreign Affairs of Australia, said the critical services the United Nations provided each and every day in many parts of the world often went unnoticed or unappreciated.  Australia recognized the dedicated and courageous work of the thousands of United Nations personnel in the field who protected vulnerable civilians, delivered vital humanitarian assistance, rebuilt damaged societies and supported development.  The world faced an unprecedented number of long-running and seemingly intractable conflicts, the global threat of terrorism and an immense development challenge.  The Charter was a remarkable achievement, whose values and aspirations articulated seven decades ago still guided the world.  Australia reiterated the pledge it took on the signing of the Charter to achieve higher living standards, solutions to international problems and universal respect for and observance of human rights and fundamental freedoms.

Ms. Bishop said only the United Nations could have produced the remarkable 2030 Agenda for Sustainable Development.  The Agenda recognized the centrality of economic growth to sustainable development and affirmed that ODA, while important, was only one source of financing.  Climate change was a challenge for all nations which required decisive action and engagement by the entire United Nations membership.  Australia was committed to ensuring the Paris Climate Conference was the platform needed to secure a collective approach to the 2°C goal.

The world could not be transformed unless the place of women within it was transformed, she said, stressing the need to step up the fight against violence against women and girls.  It was time to put into practice the collective thinking on the role of women in conflict embodied in the Organization’s women, peace and security agenda.  Human rights, good governance and open and inclusive institutions were crucial foundations for development.  With the rise of terrorist groups like Da’esh, the continuing depredations of the “North Korean” regime and the persistence of forced labour and other contemporary forms of slavery, the need for the United Nations to prosecute a strong human rights agenda had never been more urgent.  While the Security Council’s role was more essential than ever, that body could only perform its role if it had the tools it needed.