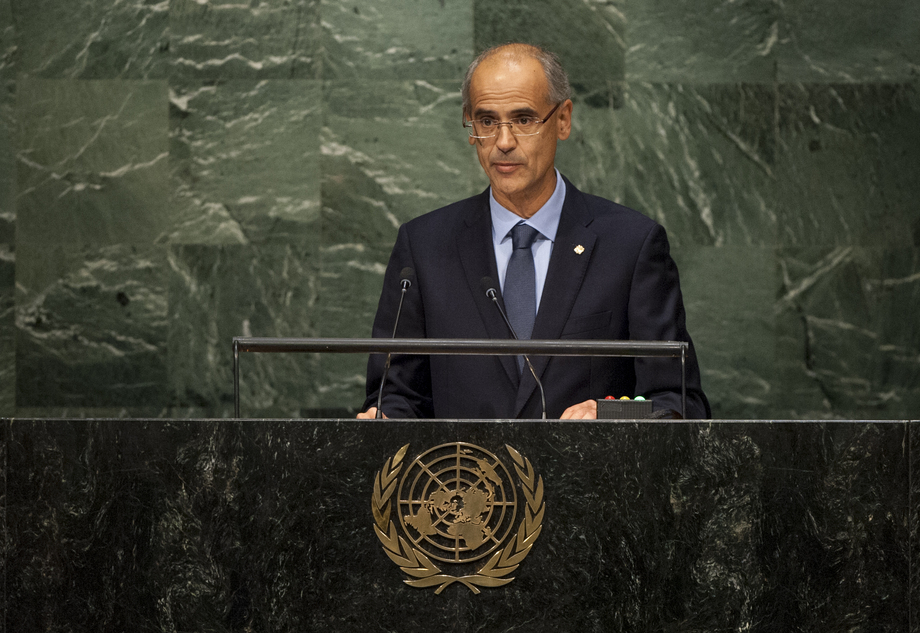 ANTONI MARTI PETIT, Head of Government of Andorra, said that while the values of peace and social justice, and more recently sustainable development, were essential to the “charisma” of the United Nations, the recognition that there was more room for improvement was an important step forward.  Andorra was a small country and over the last 70 years, had moved from isolation to openness.  Roads had enabled the mountain-locked country to develop tourism, trade and finance, providing opportunities for the local population.  The history of Andorra was a history of change and adaptation, and three years ago, his country had adopted a new economic law that eliminated limits to foreign investment.  Enhancing its economic ties was a way for the country to contribute to a cooperative and just world.  “We need to look beyond the horizon of our mountains,” he said, noting that Andorra was negotiating an agreement of association with the European Union.

On Security Council reform, he agreed with the French President on suspending veto rights in the Council in the cace of mass atrocities.  In those instances, the international community must not remain at a standstill, but should move forward, without waiting for a new humanitarian crisis; “medium efforts” in the face of atrocities were not enough.  The refugee crisis was not a socio-economic migration problem but one of people fleeing war and death.  Andorra had joined other countries in hosting refugees and would participate in a balanced solution, within the context of the European framework.  Similarly, climate change called for global solutions.  Global warming affected Andorra deeply, with the temperature in the country dropping by 0.2 centigrade every decade.  Precipitation was also dropping and water resources would be reduced by 18 per cent, all of which was especially difficult for a country that depended on mountain tourism.  “The world is watching” the twenty-first session of the Conference of the Parties to the United Nations Framework Convention on Climate Change in Paris, where the decisions taken would be judged by future generations.