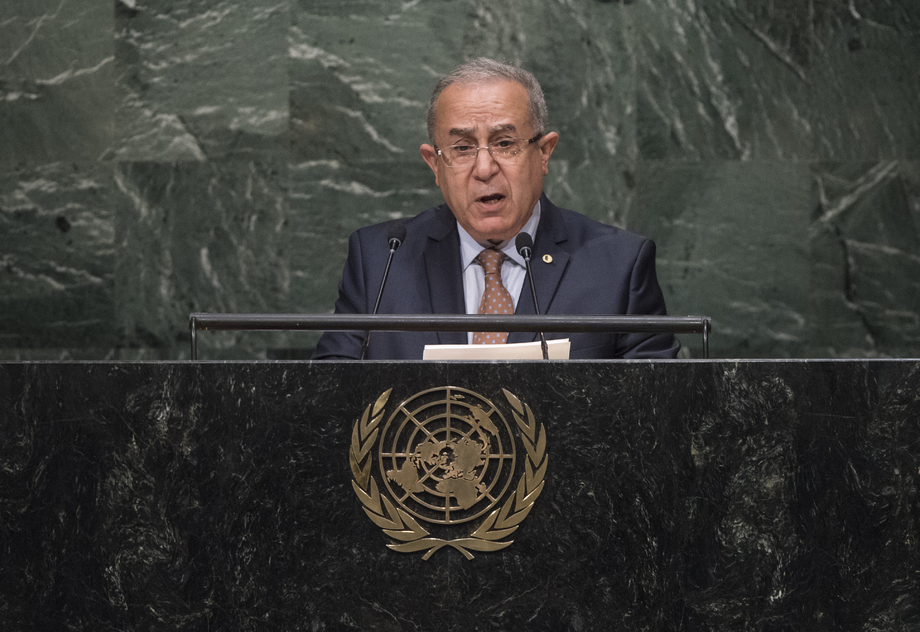 RAMTANE LAMAMRA, Minister of State and Minister for Foreign Affairs and International Cooperation ofAlgeria, said that the current session coincided with the seventieth anniversary of the Organization and took place at a time when the international community was facing many challenges.  While many peoples had broken free from colonialism and the world had seen a qualitative improvement in development, huge challenges remained, with ongoing foreign occupation in some regions, worsening hunger and poverty, terrorism, drug trafficking and organized crime.  The massive flow of refugees due to war represented a collective failure to deal with the conflict in the Middle East.  Algeria underscored the need to continue reforming the Organization, adapting its mechanism to the current moment.  It was necessary to reaffirm the role of the General Assembly as a mouthpiece for international cooperation, while also reforming the Security Council which no longer reflected the composition of the international community, particularly the African continent.

Algeria had achieved the majority of the Millennium Development Goals, he added, through far-reaching policies that established the rule of law and provided equal opportunity for men and women.  With its central location in the Maghreb and Sahel, Algeria continued to provide political and economic support to its neighbours to promote integration in the Maghreb because that was an investment in peace.  Reiterating support for an inclusive and cooperative solution in Libya, he stressed the role of the African Union in maintaining peace in the continent.  The Saharan people continued to be subjected to occupation and hardships, in a conflict that had undermined the credibility of the United Nations.  His country supported the right of the Saharan people to define their own future and called on the Organization to set a final date for the holding of a referendum.  Further, Algeria had paid a high price to regain its sovereignty and therefore supported the heroic struggle of the Palestinian people.