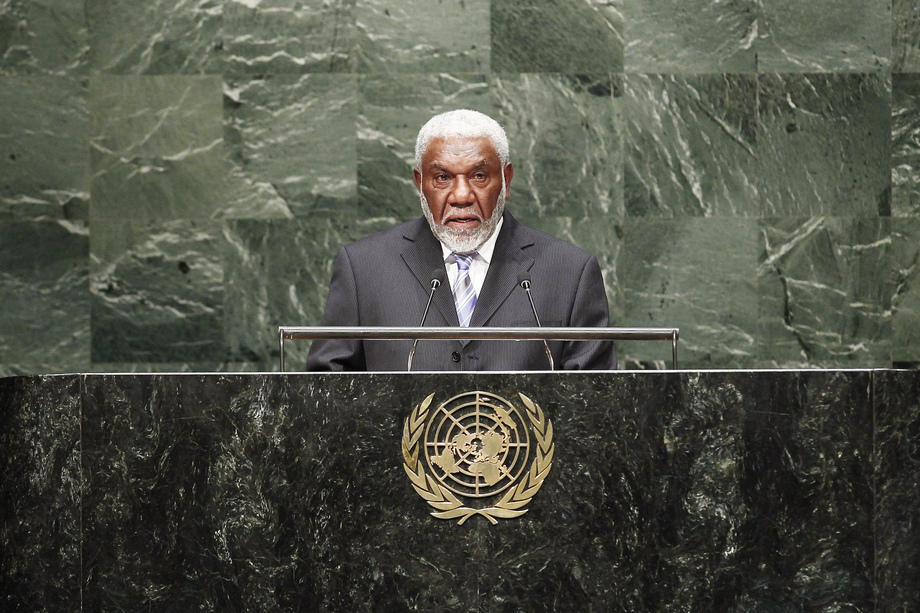 JOE NATUMAN, Prime Minister of Vanuatu, said that vulnerability must be considered when identifying whether a least developed country was ready to graduate from that status.  Recognizing the Committee on Development Policy, and the Economic and Social Council’s review, which had determined his country’s eligibility, he noted it also allowed for a grace period of four years for a "smooth transition".  However, he cautioned that the country's ongoing vulnerability as a small island developing State must also be addressed.  In that regard, the Government was examining the benefits it might lose, with a view to negotiating retention of certain concessions vital to sustaining economic development.  It was important not to lose sight of the real issue, vulnerability, by focussing on "smooth transition".

While his country had made progress on the Millennium Development Goals, it would be difficult to achieve all by 2015, he said.  The country's narrow revenue base, coupled with a population dispersed among 83 islands, made it difficult to deliver basic services.  He appealed to developed countries to honour their commitments to increase their aid to 0.7 per cent of gross domestic product (GDP).

He also said that he looked forward to the rhetoric of the Climate Change Summit being translated into urgent action, emphasizing that climate change must be one of the most important elements in the Sustainable Development Goals.  A target below 1.5˚C above pre-industrial levels must be part of those targets.  Development partners should work in harmony and in the true spirit of partnership to fulfil the dreams of his people, particularly of the younger and vulnerable generation.  The United Nations should accept the views of the Commonwealth Heads of Governments as additional input in the post-2015 development agenda.

Underscoring the unfinished business of decolonization, he noted that part of his country's sovereign territory was still in dispute by one of its former colonial Powers.  He expressed delight that the Special Rapporteur on the rights of indigenous peoples had brought the matter to the Human Rights Council in Geneva, and that France had responded with an openness to dialogue.  He also voiced support for the conclusions and recommendations in the report of the United Nations mission to New Caledonia, and called on the Organization and the international community to continue supporting the efforts of New Caledonia and France to implement a successful decolonization process under the Noumea Accord.

He further called on the Organization, through its regional agencies, to provide assistance to New Caledonia, in particular the Front de Liberation Nationale Kanak et Socialiste and the Kanak people, through training that would enable them to fully participate in that Accord.  Noting that concerns for vulnerability, sustainable development, fisheries, job creation and human rights, among others, were reflected in the Samoa Pathway document, he urged that it be integrated into a transformative post-2015 development agenda, and that gaps in the implementation of Barbados Programme of Action be closed.