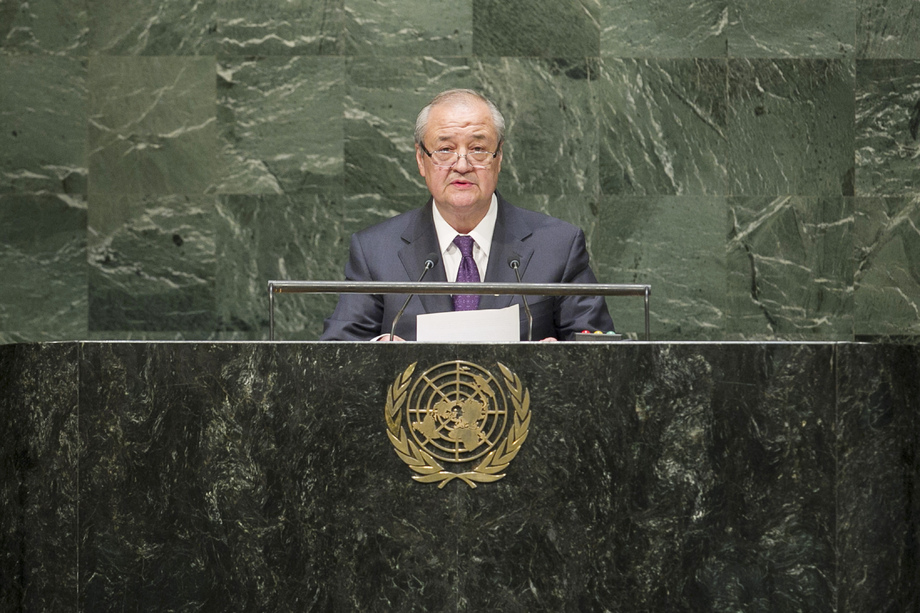 ABDULAZIZ KAMILOV, Minister for Foreign Affairs of Uzbekistan, said that the world’s escalating conflicts could only be resolved through political means and strict observance to the fundamental principles of international law as enshrined in the United Nations Charter.  The continued instability in Afghanistan posed a serious threat to the security of Central Asia and the wider region.  Peace in that country could not be achieved by military force, he said, adding that the Afghan people were tired of bloodshed and had a right to determine their own fate.  Uzbekistan adhered to a policy of non-interference and would instead support Afghanistan through mutually-beneficial bilateral relations.

Against the ensuing global financial crisis, regional economic cooperation would help ensure stability and sustainable development in Central Asia, he said.  Large infrastructure projects, particularly in transport and communication, would connect the region with global markets, promote economic cooperation, and boost interregional trade.  Upcoming projects include a transport corridor linking the countries of the Central Asian region to the Middle East through the shortest, most reliable and secure route.  Uzbekistan’s assistance in the construction of the Khairaton-Mazaree-Sharif railroad — the first linking Afghanistan with the external world — would also be a landmark event, he said.

Like many other countries in the world, Uzbekistan experienced a shortage of water, he said.  Fair and reasonable usage was vital to the livelihoods of people in Central Asia.  Issues must be resolved in line with international laws and norms, with clearly defined principles that protected the environment as well as the interests of neighbours.  Large hydropower projects that disturbed the natural flow of transnational rivers created a threat to the water, food and environmental safety of the region and could provoke tension, he added.

Robust economic development had allowed Uzbekistan to implement the Millennium Development Goals ahead of schedule.  Since independence, the Uzbek economy had grown nearly five-fold, which had led to a marked improvement in quality of life.  Around 60 per cent of State expenditures were channelled into social development, including education and maternal health, he reported.  As such, the mortality rate among children below age 5 had decreased significantly, as had maternal mortality.  Continuing on that success, Uzbekistan looked forward to achieving the post-2015 development goals ahead of schedule as well.