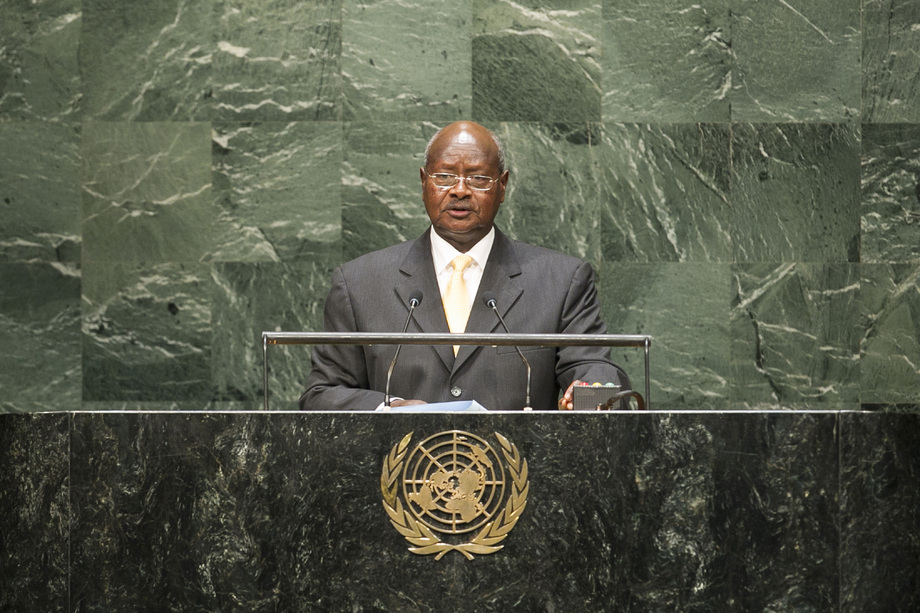 YOWERI KAGUTA MUSEVENI, President of Uganda, greeted assembled delegates making note that the President of the General Assembly was his country's Foreign Minister.  Reviewing historical facts, he traced current problems affecting Africa back to events from the Middle Ages, when European colonization began.  Some positive change was beginning to take effect, however, in particular an increase in the continent's middle class and purchasing power, which was growing at a rate of 3.2 per cent each year.  This growth was occurring despite inadequate infrastructure, which still limited the continent's potential.

Indeed, he continued, there were several "bottlenecks" hindering African development.  Foremost among them was the "pseudo-ideology of sectarianism of religion or tribe", which was fuelling most of the conflicts in Africa and causing havoc in the Middle East and North Africa.  This ideology, which resulted from "uninformed outsiders" linking up with "pseudo-ideologists", was not aligned with the people's real interests.  "Only parasites revel in such schemes," he said, adding that ideology should be banished and treated with contempt.

Turning to the situation in Uganda, he said it was undergoing a socioeconomic transformation, building numerous infrastructure projects.  Those included roads, electricity systems, railways, information and communications technology networks, a universal education system and a pan-Ugandan health system.  Additionally, Ugandan markets had been integrated with East African local markets and the Common Market for East and Southern Africa.  Uganda welcomed investments, trade access and tourists, and in some cases welcomed security partnerships approved by the African Union and other Member States.