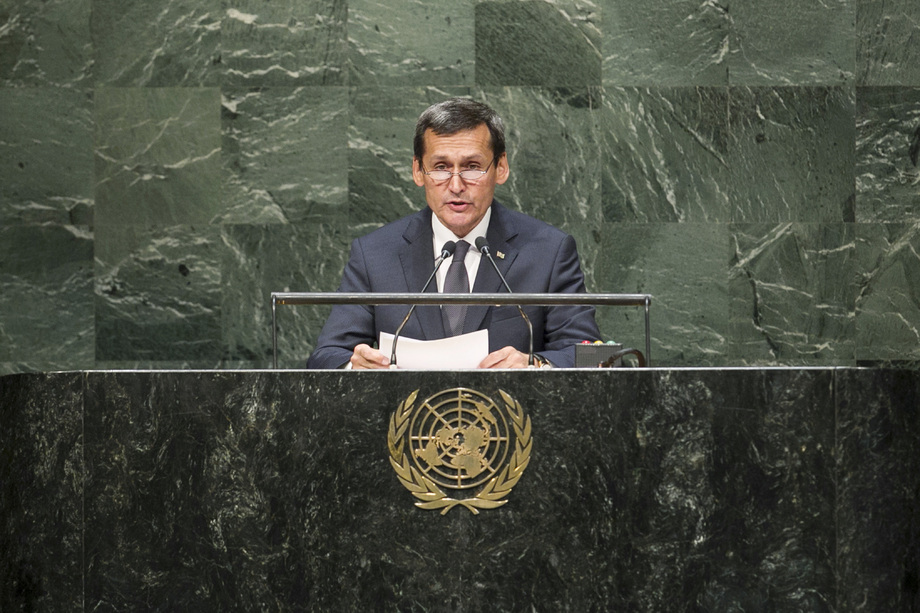 RASHID MEREDOV, Deputy Chairman of the Cabinet of Ministers and Minister for Foreign Affairs of Turkmenistan, reiterated his country’s support for United Nations peacekeeping and stressed the need to strengthen regional interaction mechanisms.  In Central Asia, such mechanisms should ensure favourable conditions for maintaining lasting peace and stability, and combating terrorism, organized crime and drug trafficking.  He proposed holding a forum on security and cooperation in Central Asia under United Nations’ auspices in the Turkmen capital next year.  He called for greater interaction between the Turkmenistan-based United Nations Regional Centre for Preventive Diplomacy in Central Asia and OSCE, European Union and other international organizations.

It was vital to support reconciliation in Afghanistan, which was essential for regional peace and security, he said.  Turkmenistan had hosted broad-based dialogue among Afghanistan’s various political parties, under United Nations’ auspices, as well as helped Afghanistan implement major transport and energy projects.  Construction of a gas pipeline running through Turkmenistan, Pakistan and India was in the final stages, he reported, adding that, last year, construction began on a railway between Turkmenistan, Afghanistan and Tajikistan.

Steps were under way to implement the treaty to set up a nuclear-free zone in Central Asia, he noted, adding that his country stood ready to engage in constructive cooperation with the United Nations on disarmament.  In that vein, he suggested the creation of a subregional disarmament centre in Central Asia.  Stressing the importance of reliable and stable energy in the region, and its role in development, he said Turkmenistan would host the first meeting of global experts on that subject.  Earlier this month, it had hosted a high-level conference on transport and transit corridors.  The Ashgabat Declaration set the foundation for long-term practical interaction to develop transport and communications partnerships, he added.

He stressed support for the decisions made at the climate change summits in Copenhagen, Cancun, Durban and Rio.  His Government had launched several concrete initiatives to enhance regional and global interaction in that sphere, including creation of a United Nations Regional Centre for Climate Change Technologies, to be based in Turkmenistan.  He urged the United Nations to support its establishment.  In June, the Turkmen Government, the International Organization for Migration and the Office of the United Nations High Commissioner for Refugees (UNHCR) had organized an international conference on migration and statelessness.  His Government would strive to translate into action the main points of the conference’s declaration, which called for better multilateral cooperation, as well as legal, social and material support for migrants.