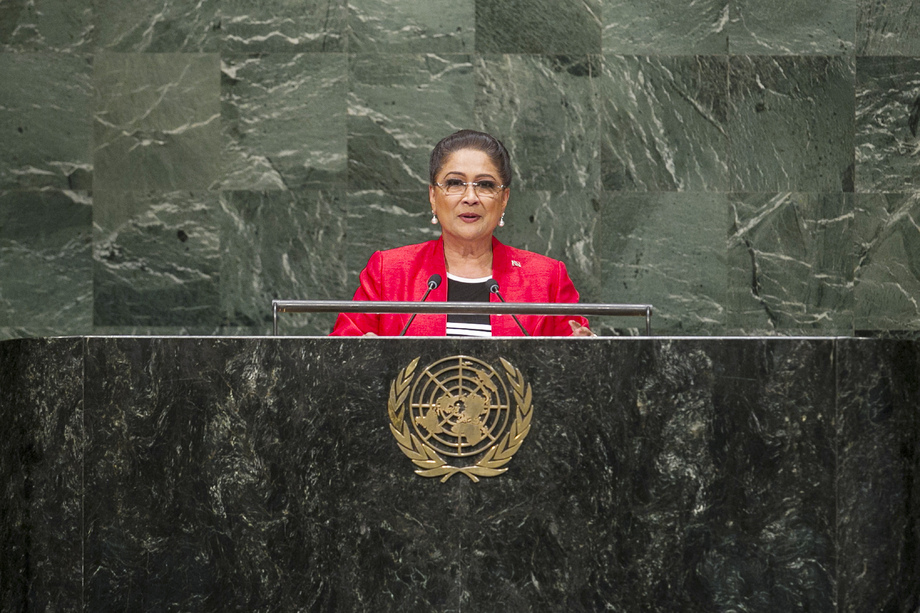 KAMLA PERSAD-BISSESSAR, Prime Minister of Trinidad and Tobago, said that her country was poised to achieve 70 per cent of the 43 targets across eight Millennium Development Goals, which were relevant in the national context.  Forty-two per cent of those targets had already been met, and 28 per cent were likely to be achieved by 2015.  It was possible to advance the original objectives before the end of the year with more dedicated effort.  Some of the gaps included access to affordable essential medicines and long-term debt sustainability.

At the Rio+20 Conference in 2012, her country had agreed on many of the foundation elements of the post-2015 development agenda, she said.  Those included the Secretary-General’s Global Sustainability Report, the sustainable development goals, the Report of the Intergovernmental Committee on Sustainable Development Financing, and outcomes of the structured dialogues on a specialized technology mechanism and the 10-year framework of programmes for sustainable development.

It was also important, she stressed, to address the mitigation gap for achieving the 2°C target for limiting the increase in global greenhouse gas emissions as well as for achieving an ambitious legally binding agreement on climate change.  Such an agreement should set the world on track to achieve carbon neutrality by 2070 and, by so doing, ensure that global climate would support the sustainable development of present as well as future generations.

She shared the vision with other Caribbean Community (CARICOM) Heads of State and Government of a Caribbean region that was integrated, inclusive and resilient, and which was driven by knowledge, innovation and productivity, where every citizen was secure and had the opportunity to realize his or her potential.  Such a community would be a unified and competitive force in the global arena.