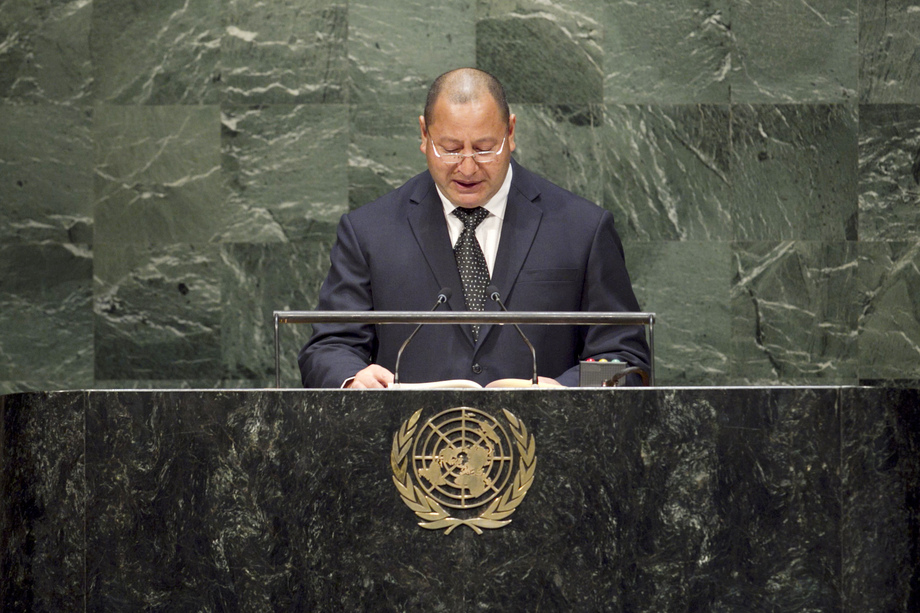 TUPOU VI, King of Tonga, said that, in order to guarantee a harmonious implementation of the post-2015 development agenda, each country should take primary responsibility for its own economic growth, social development and environmental sustainability.  However, that could only be fully realized with the active engagement of all relevant stakeholders through genuine and durable partnerships.  In that regard, he looked forward to working with the international community towards adopting the post-2015 development agenda.

This year, the Pacific Island leaders had endorsed the Palau Declaration entitled “The Ocean:  Life & Future, Charting a Course to Sustainability”, he said.  Tonga was a joint custodian of the Pacific Ocean, whose natural resources were the bedrock of Pacific Island economic, social and environmental development.  The well-being of the Tongan people was, therefore, premised on the sustainable development, management and conservation of that ocean and its resources.

He said the management of seabed exploration and exploitation was an important facet of Tonga’s interests in the oceans.  The Government had worked diligently through the relevant institutions established under the Convention on the Law of the Sea to ensure that activity within the Pacific Ocean was managed appropriately and for the benefit of all humankind.  For the first time, Tonga was seeking election to the Council of the International Seabed Authority.

He commended the Secretary-General’s initiative to convene the Climate Change Summit and deliver bold announcements on Climate Change mitigation and adaptation.  Supporting calls to address the adverse impacts of climate change, he said responses must be based upon the principles of equity and of common, but differentiated responsibility.  He underscored that the 2013 World Risk Report ranked Tonga as the second most vulnerable country in the world to natural disasters.

He also appealed for a meaningful approach that went beyond rhetoric to reform the Security Council, so that it would be more representative and inclusive, through an intergovernmental process.  For future generations to live in a better world, the international community must work harmoniously to fulfil its responsibility and seek “the Almighty God” to give guidance through the rising challenges.