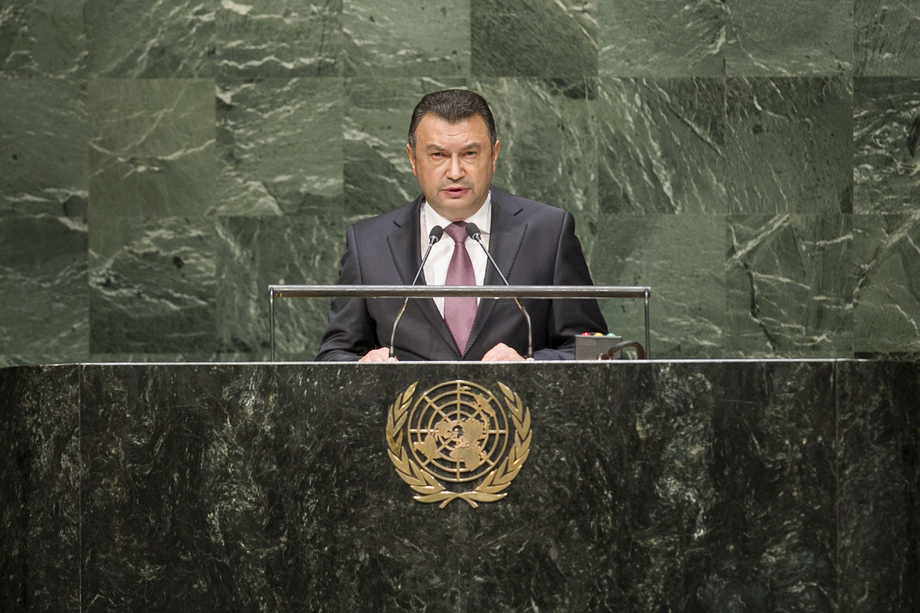 QOHIR RASULZODA, Prime Minister of Tajikistan, said that the sustainable development goals could be achieved only if specific plans were complemented with the development of effective mechanisms for their review and realization.  Addressing issues of financing for sustainable development was equally important for achieving it.  Also important were global partnerships based on the Millennium Declaration.  In that regard, the activities of the Intergovernmental Committee on of Experts on Sustainable Development Financing was of key importance in order to set up a United Nations mechanism for promoting development and the transfer of technology.  As a “pilot” country in the United Nations for achieving the Millennium Goals, Tajikistan planned to carry out a comprehensive review of those goals’ implementation in 2015.

The Decade for Action “Water for Life” gave powerful impetus to various initiatives and efforts at different levels to promote access to fresh drinking water and sanitation, he said.  It would also serve as an introduction to integrated management of water resources, strengthen and expand water cooperation, and increase awareness of water-related challenges.

Global climate change, the increasing growth of economies and population, the degradation of water sources and the deterioration of water quality, all posed an additional challenge to the international community, he said.  The reduction of fresh water resources caused by climate change could present new obstacles towards achieving sustainable development, and he said a comprehensive review of the International Decade should develop recommendations to strengthen and renew the United Nations water agenda.  Access to modern and affordable energy service was also a priority, and Tajikistan was developing its own potential in that arena in a consistent and planned manner.  That included large-scale exploratory projects in wind and solar energy, which would hopefully contribute to a reduction of detrimental emissions.

He said that the international community must implement the United Nations global anti-terrorist strategy to address various threats, including the use of the Internet for the purpose of carrying out terror.  Illicit drug trafficking caused serious problems, and in recent decades, Tajikistan had gained much experience in combating it.  The Drug Control Agency had been successfully functioning for 15 years, and he attached importance to the coordination of efforts with Afghanistan in fighting drug trafficking and in other areas.  Afghanistan was facing new challenges, and expected targeted support from the international community.  With such support, that country would be able to address its upcoming difficulties.

Strengthening peace and stability in conflict and post-conflict situations required actual assistance in addressing economic and social issues, as well as the implementation of large-scale infrastructure projects and programmes, he said.  It would be impossible to resolve the issues facing the General Assembly without strengthening and reforming, rationalizing and renewing the entire United Nations system.  That would strengthen and enhance its capacity to respond to modern challenges and counteract modern threats.