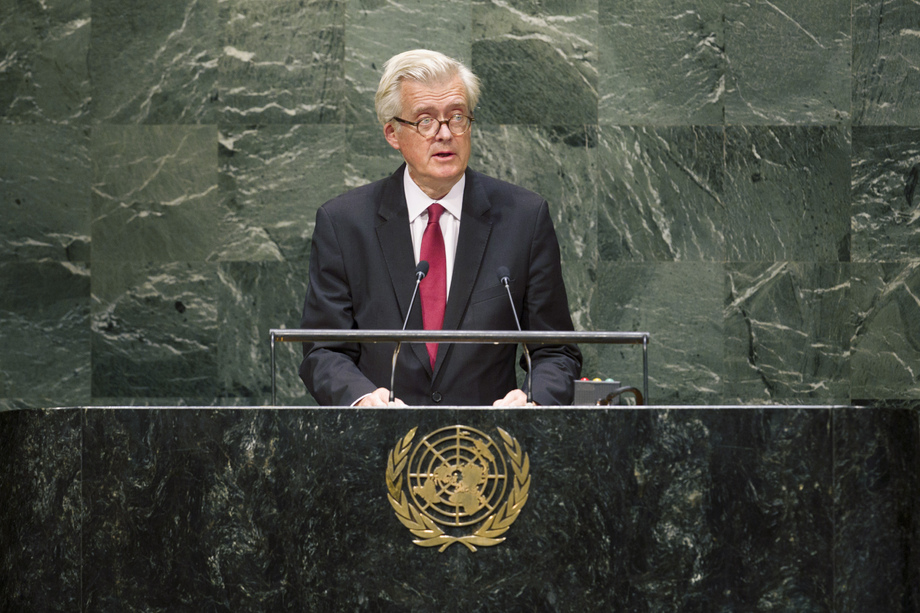 MÅRTEN GRUNDITZ (Sweden) said his country had joined collective efforts to tackle the Islamic State at the request of the Iraqi Government, stressing the importance of political engagement to resolve that issue, as well as conflict in Syria, Iran’s nuclear dossier, and Israel-Palestine negotiations.  He welcomed action on Ebola, noting Sweden’s support to those efforts.  Peacebuilding support had also been given to Somalia and Liberia.  Criticizing “Russian acts of aggression” in Ukraine, he stressed the need for the world to “react resolutely”, particularly given that the attacker was a permanent member of the Security Council.  Greater efforts were needed to fulfil the Millennium Development Goals, and a transformative and universal new framework for sustainable development was needed with a consensus on financing and effective partnerships.

Women were essential to development and peace, he said, underlining that gender equality was just and smart economics.  Women needed full sexual and reproductive rights.  Sweden’s economic growth was decoupled from its greenhouse gas emissions, with 60 per cent growth coming despite a 20 per cent reduction in emissions since 1990.  His country had helped initiate the Global Commission on the Economy and Climate and he looked forward to the Paris Summit.  Migration was at its highest level since the Second World War, with more global solidarity needed.  His country would continue to donate 1 per cent of its GDP to ODA and promised continued peacekeeping contributions.  Declaring Sweden’s candidacy for the Security Council, he welcomed the Hammarskjold Commission’s report on the death of Dag Hammarskjöld.