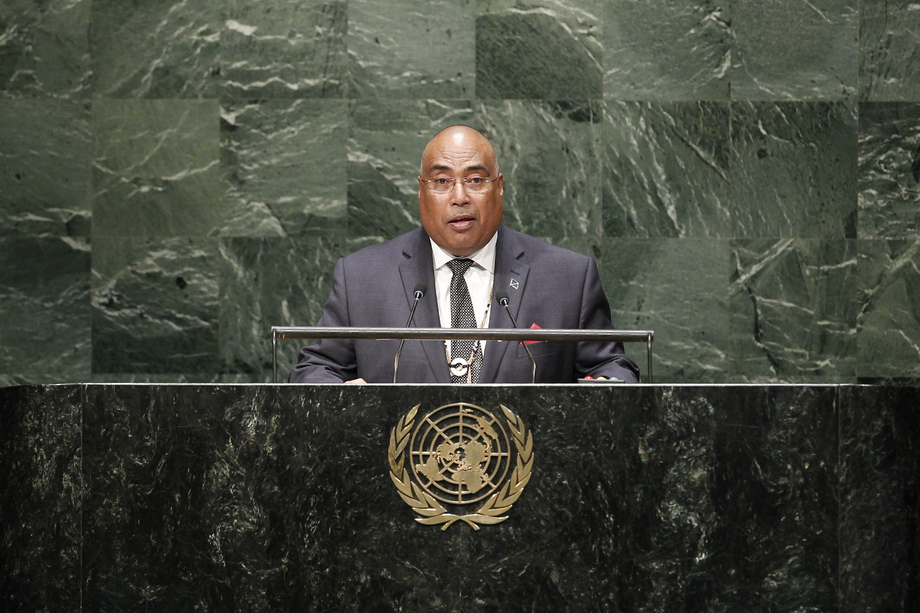 COLLIN D. BECK (Solomon Islands) said that, while his country's scorecard on the Millennium Development Goals was mixed across all eight targets, it remained committed in consolidating its gains and had begun to build a foundation to integrate the new development agenda at all levels.  Noting that a politically stable environment was critical to sustainable development, he said that recent legislation passed by his parliament in May allowed political parties to operate in a regulated and systematic manner.  To address gender violence, the parliament had passed legislation to protect families from domestic violence, deal with its perpetrators, and provide practical support for the victims.

Stressing that small island developing States represented a special case for sustainable development, in that view of their unique and particular vulnerability, his country sought closer relations with the United Nations and wished to see the United Nations Development Programme (UNDP) sub-office in Solomon Islands upgraded to country-office status.  After three decades of United Nations management of Solomon Islands’ relations from abroad, it was time to invest in the relationship at the country's capital.  The Solomon Islands' partnership with the Pacific Islands Forum under the Regional Assistance Mission to Solomon Islands (RAMSI) continued to create positive conditions, including by allowing a limited re-arming of the national police force.

On decolonization, he said all parties must cooperate to honour their commitments under the Charter and the 1960 Declaration on the Granting of Independence to Colonial Countries and Peoples.  His country was among those in the Melanesian Spearhead Group that followed the question of New Caledonia in the United Nations Decolonization Committee.  On climate change, he said the magnitude and intensity of flash floods that had occurred in his country in April had caused loss of life and the destruction of homes and infrastructure, with damages amounting to 9.2 per cent of the country's GDP.  However, despite such challenges, it was on track to developing two hydro projects in two of its provinces, in partnership with the World Bank and the Asian Development Bank.  In partnership with Japan, it was expanding its port facilities to promote and enable domestic, regional, and international trade.  With the support of Australia, New Zealand and the European Union, Solomon Islands had constructed several domestic airports and some 18 bridges, further uniting the country's scattered population.