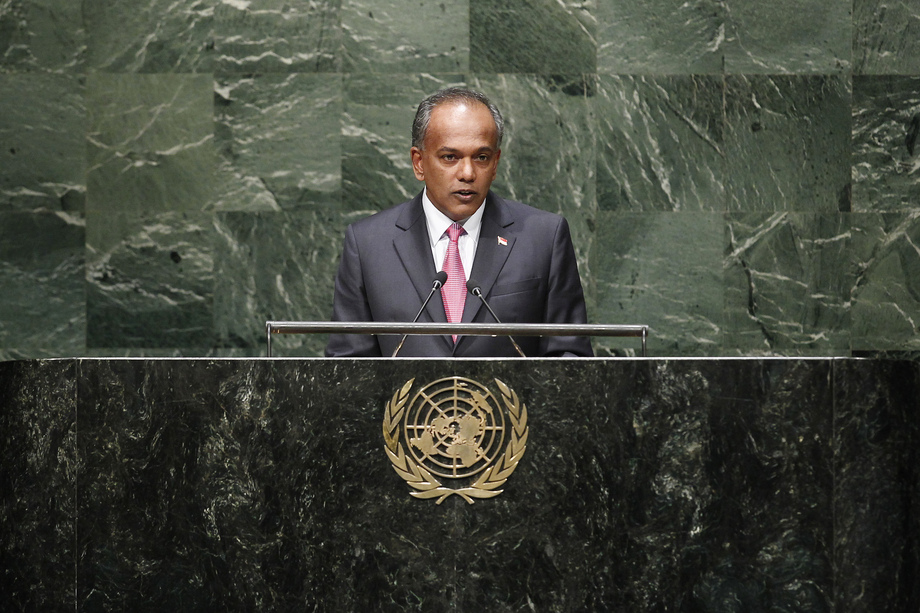 K. SHANMUGAM, Minister for Foreign Affairs of Singapore, condemned the terrorist actions of "ISIS".  Such threats were not confined to the Middle East, but affected the whole world.  In addition to military and intelligence efforts, the radical ideology used to recruit the foreign fighters that were fuelling that group's extremist agenda must be combated as well.  The leadership of the United States in the formation of an international coalition was welcomed, as was the Jeddah Declaration put forth by Arab countries.  As co-sponsor of Security Council resolution 2178 (2014) on foreign terrorist fighters, Singapore believed that text was an important step to combat global terrorism by cutting off financial support for “ISIS” and preventing the movement of foreign terrorist fighters.

He went on to stress the importance of building sustainable cities, highlighting that more than half of the world's population live in urban areas, a figure that was projected to reach 70 per cent by 2050.  Most of that growth would take place in Africa, Asia and Latin America, where mismanaged urbanization could intensify inequalities.  At the same time, successful cities could raise living standards and contribute to the achievement of the Millennium Development Goals, particularly in reducing poverty.  The challenge was to manage urbanization well.  Singapore was co-chairing the Group of Friends for Sustainable Cities and establishing Singapore's Centre for Liveable Cities in 2008.  The Liveability Framework, a tool designed to help countries define the policies needed to achieve that goal, was also being developed.  Looking ahead, he voiced hoped that the Framework would be part of discussions during the United Nations Conference on Housing and Sustainable Urban Development (Habitat III) in 2016.