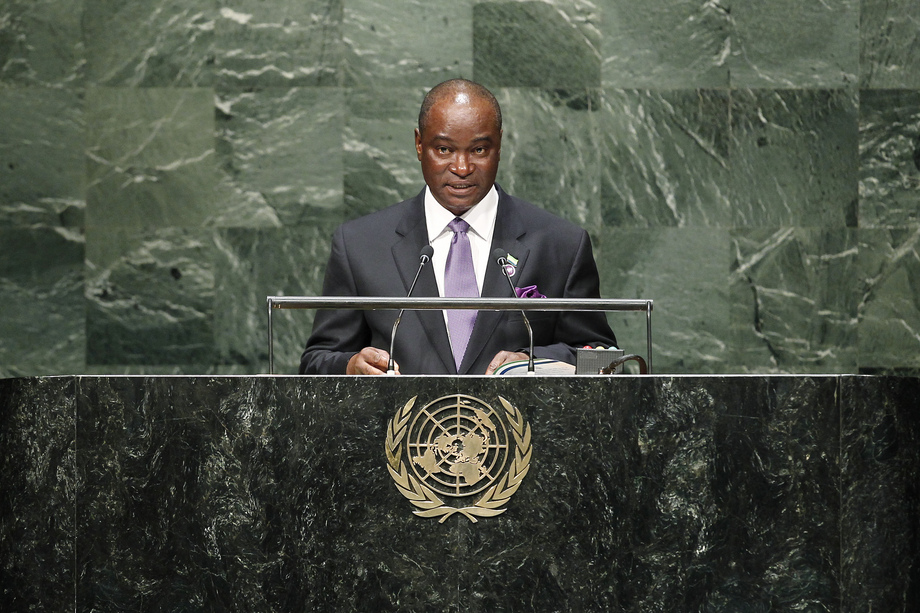 SAMURA M. W. KAMARA, Minister for Foreign Affairs of Sierra Leone, said his country was at the forefront of “one of the biggest life-and-death challenges facing the global community”.  The Ebola outbreak was especially worrying because it had mutated into a global phenomenon for which his country, the region, and the global community were “grossly ill-prepared”.  The Ebola outbreak highlighted the globally weak infrastructure as well as inadequate human capital and surveillance systems.  Slow recognition of the challenge had been accompanied by spontaneous fear and panic, which had led to border closures and travel restrictions.  Moreover, the outbreak had hit Sierra Leone as it was making its “fast-paced” recovery from 10 years of devastating conflict.

The international community was finally responding to Ebola as a global challenge, he said, noting Sierra Leone’s extraordinary national response measures.  Health educators were teaching citizens about Ebola’s dangers, while cultural practices like shaking hands and burial ceremonies were curtailed.  At the same time, development projects had been suspended and gross domestic product (GDP) was expected to be constrained by up to 3.3 per cent.  He warned also of threats to gains made in peacebuilding.  The United Nations response, especially though resolutions and establishment of the emergency mission, deserved praise, but stronger capacities to respond were still needed.  With that, he urged the General Assembly to voice its opposition to flight bans and policies that isolated or stigmatized Ebola-affected countries, adding that the United Nations was founded on a mandate to confront human insecurity and not shun it.

He promised a continued fight against poverty, with “intense engagement” under the New Deal for Engagement in Fragile and Post-conflict States.  On Security Council reform, he adhered to the African Common Position, calling for remedy to the “historical injustice” of Africa’s poor representation in the Council.  Peace and democracy were being built through the Mano River Union and the Economic Community of West African States (ECOWAS).  Sierra Leone would contribute peacekeepers and support the African Union’s rapid intervention initiative.  Events in several countries were worrying, including transnational crime and terrorism.  He supported measures targeting sexual violence and recruitment of child soldiers.  He welcomed the International Criminal Court’s efforts to achieve judicial accountability, and stressed his commitment to a moratorium on the death penalty as part of support for the Human Rights Council.