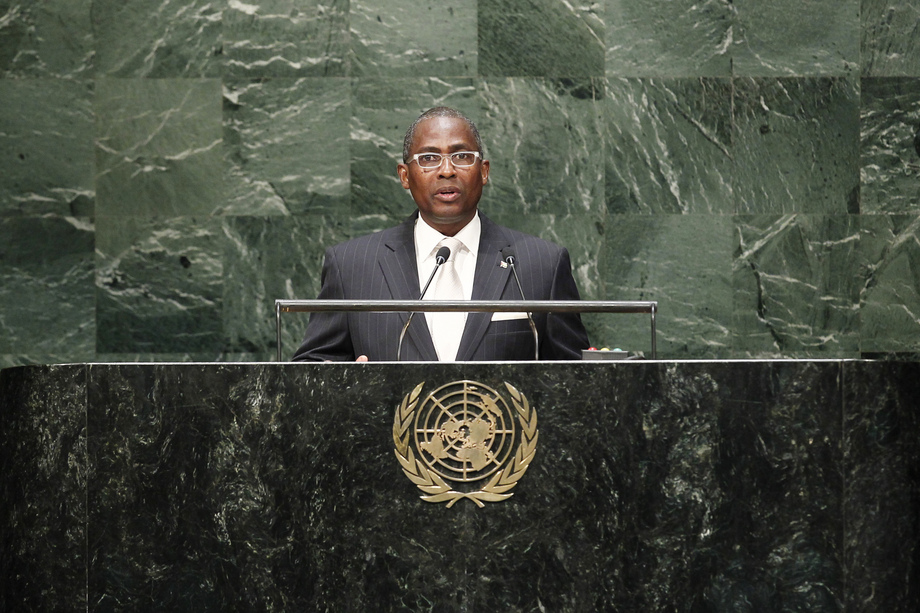 GABRIEL ARCANJO FERREIRA DA COSTA, Prime Minister of Sao Tome and Principe, said that peace and security around the world was essential for development, and he stressed the urgency of accelerated United Nations reform to allow the Organization to address new challenges with greater dynamism, representation, effectiveness, capacity and legitimacy.

Turning to conflicts around the world, he said that continued international collaboration on the Democratic Republic of the Congo, Mali and Guinea-Bissau was essential to those countries’ efforts towards peace.  He congratulated the political actors in Mozambique for signing a peace agreement and avoiding more suffering and loss of human life.  He welcomed the deployment of a peacekeeping force in the Central African Republic, stating it was imperative for conflicting parties in South Sudan and Western Sahara to engage in negotiations towards mutually acceptable solutions.

Pointing to a resurgence of terrorist acts across the globe, he said the international community must coordinate its actions to fight the scourge.  He expressed concern, in particular, over the actions of Boko Haram in Nigeria and the Islamic State in Iraq and the Levant (ISIL) in the Middle East, as well as the long-standing hostilities between Israel and Palestine, and conflicts in Syria and Ukraine.

On piracy, which he said strongly affected all countries bordering the Gulf of Guinea, he said his country had drafted a legislative framework for the modernization of its armed forces that focused on maritime protection.  At the subregional level, the country was working to implement the recommendations of the Yaoundé Summit as part of the partnership between the Economic Community of West African States (ECOWAS), Economic Community of Central African States (ECCAS) and the Gulf of Guinea Commission.

Speaking on a range of other issues, he said that tackling the effects of climate change was a responsibility that must be shared by developed and developing countries.  He renewed his country’s call for the embargo on Cuba to be lifted to allow that country to address its economic and social development challenges.  On Ebola, he said synergies must be identified to save the thousands of lives threatened by the virus.  He called for Taiwan’s extended participation in United Nations platforms, including those that concerned climate change and the post-2015 development agenda.