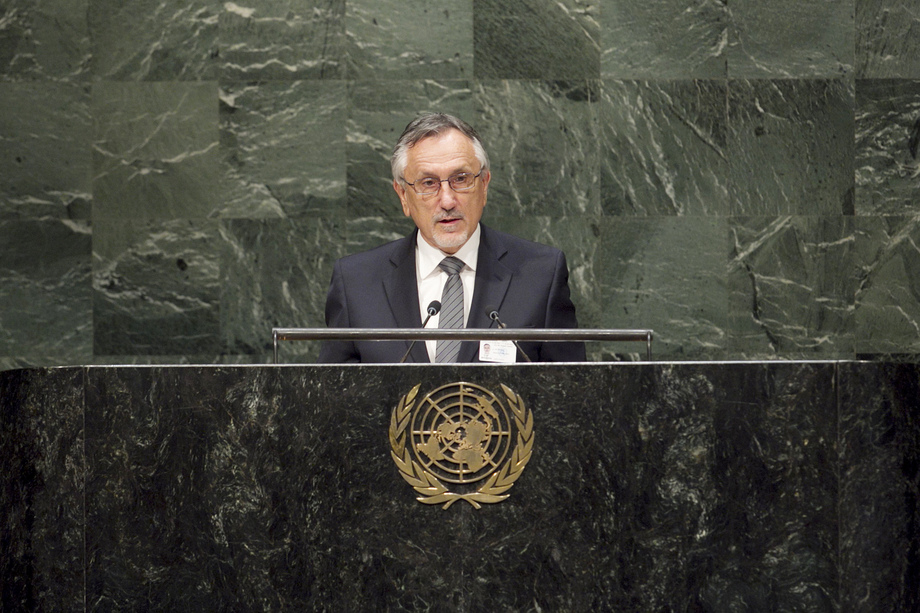 PASQUALE VALENTINI, Minister for Foreign and Political Affairs of San Marino, said the often dramatic effects of climate change were one of the most serious threats to the future of humanity and a challenge that all States must face with commitment and determination.  The international community must also respond urgently and efficiently to the threat of a global outbreak posed by Ebola, which was engulfing some West African States.

Turning to conflicts across the globe, he said his country condemned the commission in all parties in Syria of violations of human rights and of international humanitarian law.  Concerning the Israeli-Palestinian conflict, his Government had launched appeals to both parties to silence their guns and resort to dialogue, recognizing that that was the only way to achieve a peaceful coexistence.  As for the situation in Iraq, where ethnic and religious cleansing was ongoing and carried out with unprecedented violence, he expressed hope that interventions be coordinated under the United Nations’ auspices.

He also called attention to migration issues caused by the war that was being fought in some parts of North Africa, as well as the massacre of migrants from Africa to Asia and in the Mediterranean.  The crisis in Ukraine, he added, not only represented a serious threat to peace and security, but also had called into question the fundamental principles of territorial sovereignty and self-determination.  In light of those events, he urged the international community to enable the United Nations to intervene to protect the people and peacefully resolve disputes among States.

On both the Millennium Development Goals and the post-2015 development agenda, he said it was critical for all States to recognize the importance of the “family unit” in building a culture of inclusion for that was where primary relationships were developed.