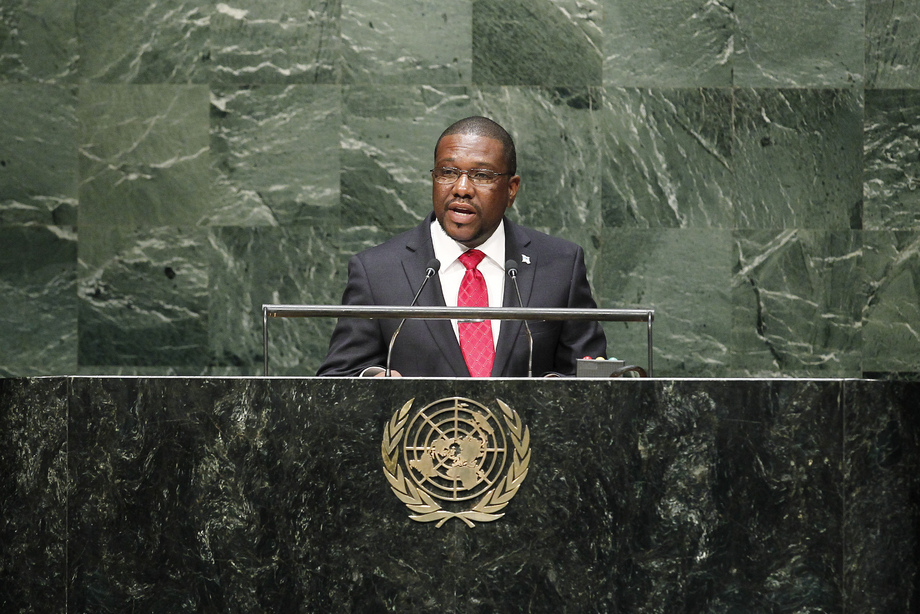 Alva Romanus Baptiste, Minister for External Affairs, Internal Trade and Civil Aviation of Saint Lucia, said that diplomacy was a prime instrument for pursuing normalized relations among all States.  The rapidly changing nature of international relations created the need to subject the United Nations system to new levels of critical examination, and to strengthen and reform the Organization's internal machinery to truly reflect today's geopolitical reality.  There should be no resumption of the Cold War.  It was time to "divest ourselves of any residual effects" of the Cold War, such as the blockade imposed on Cuba, which should be removed from the United States Terrorist Watch List.  His Government also called for the participation of Taiwan in international organizations, such as the World Health Organization (WHO) and the International Civil Aviation Organization (ICAO).  Taiwan had much to offer in terms of technological, economic and social development.

Turning to the current session's theme, "Delivering on and Implementing a Transformative post-2015 Development Agenda," he said two issues of paramount importance to his country were reparations for slavery and the recent conclusions of the Third International Conference on Small Island Developing States (SIDS).  The case for reparations should be elaborated upon beyond the relationship between Caribbean nations and relevant European Governments.  There was a need to determine a clear and effective strategy for SIDS by which they could translate the Conference’s outcome document, the Samoa Pathway, into concrete results.  Saint Lucia stood for freedom, democracy, non-discrimination, sustainable development, poverty eradication and special and differential treatment for those States.