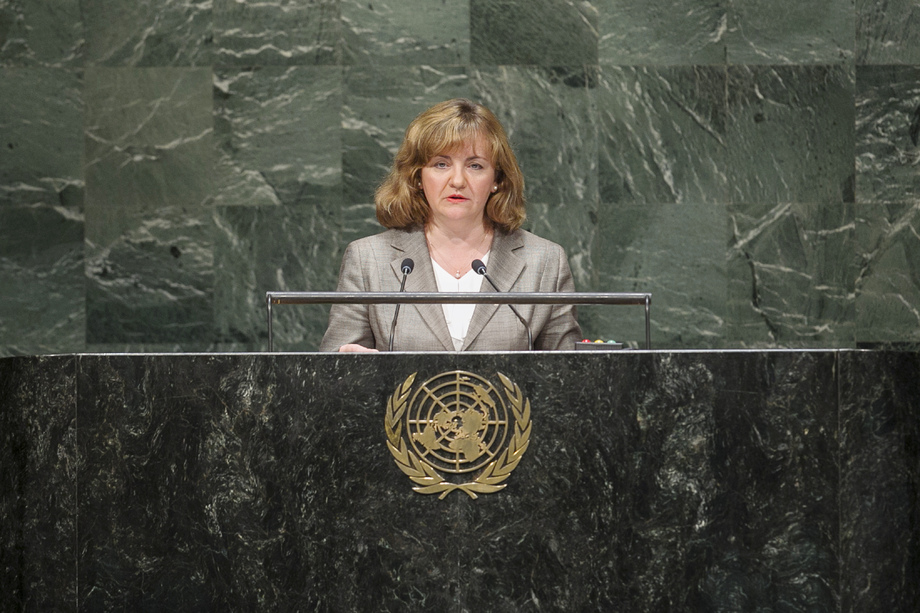 NATALIA GHERMAN, Deputy Prime Minister and Minister for Foreign Affairs and European Integration of the Republic of Moldova, said her country had chosen “a European future”.  She described agreements concluded with the European Union on trade and potential accession that could make the economy more competitive.  The focus was on strengthening democracy and the rule of law at home, fighting corruption, improving the investment climate and enhancing energy security.  Her country’s modernization efforts had been aided by partnerships and she pointed to a new pipeline connecting Moldova to the European Union’s gas network.  That project, along with other strategic infrastructure projects, would be implemented over the coming four years.

To realize national ambitions, citizens in Transnistria had to be included, she said, stressing the need for resolution of the conflict and the region’s reintegration into Moldova.  A political settlement was sought and international partners agreed on its basic principles.  Discussions needed to resume without delay within the 5+2 format.  The military of the Russian Federation had to leave the region and peacekeeping arrangements should shift from the current military operation into a civilian multinational mission.  Moldova’s relationship with the Russian Federation was marked by “unjustified trade restrictions” on agricultural exports but trade agreements with the European Union and Turkey would contribute to future diversification.  Events in Ukraine were of great concern and she would never recognize the annexation of the Crimea.  Respect for the United Nations Charter and international law was vital.  She described her country’s contributions to the United Nations, European Union and the North Atlantic Treaty Organization (NATO), including the deployment of 41 Moldovan soldiers in KFOR, the international peacekeeping force in Kosovo.

She said that Moldova had volunteered to provide a midterm evaluation on the Universal Periodic Review by October 2014, while a national strategic programme for demographic security for 2011-2025 was being developed.  Noting Moldova’s aim to become a regional centre of excellence in reproductive health, contributions continued to United Nations Population Fund (UNFPA) objectives.  As well as sharing migration and development best practices with other countries in the European Union’s Eastern and Southern neighbourhoods, active engagement continued in the work of the Global Forum for Migration and Development.  Freedom of expression was important and her country had fast and affordable Internet connectivity that reached more than 65 per cent of the population.