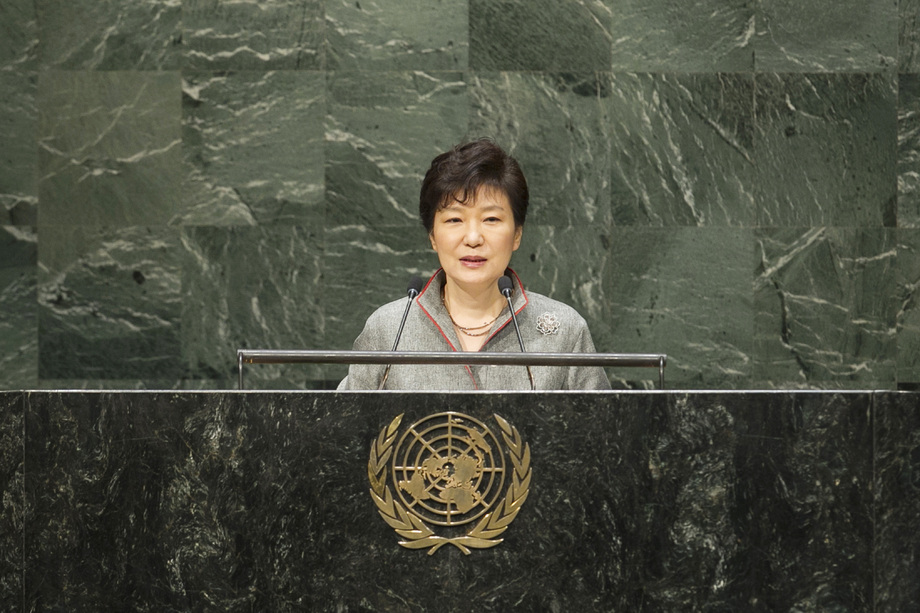 PARK GEUN-HYE, President of the Republic of Korea, highlighted the need to return to the United Nations its founding spirit of putting people first and promoting cooperation among nations. The United Nations should play a central role in arranging more rapid and efficient responses. In her call for prevention of the development and proliferation of weapons of mass destruction, she underlined the urgency of resolving the North Korean nuclear issue, which she called the “single-greatest threat to peace on the Korean peninsula and in North-East Asia”.

As the post-2015 development goals were being set, the Republic of Korea, she went on, was ready to play a bridging role between developed and developing countries. In particular, she expressed her support for the United Nations education initiatives, including the Secretary-General’s Global Education First Initiative (GEFI). She also promised that, as the host of the 2015 World Education Forum, her country would make efforts to reach an agreement on the new education objectives for the next 15 years.

She said climate challenge was not a burden, but an opportunity to unleash new value, markets and jobs through technology innovations. As the host country of the Green Climate Fund (GCF) and the Green Growth Global Institute (GGGI), the Republic of Korea supported international efforts to strengthen developing countries’ mitigation and adaptation capacities.

With regard to the division of the Korean peninsula, she urged the international community to stand with them in tearing down what she called “the world’s last remaining wall of division”. A unified Korea would be the starting point for a world without nuclear weapons; it would offer a fundamental solution to the North Korean human rights issue and help unblock a stable and cooperative North-East Asia.