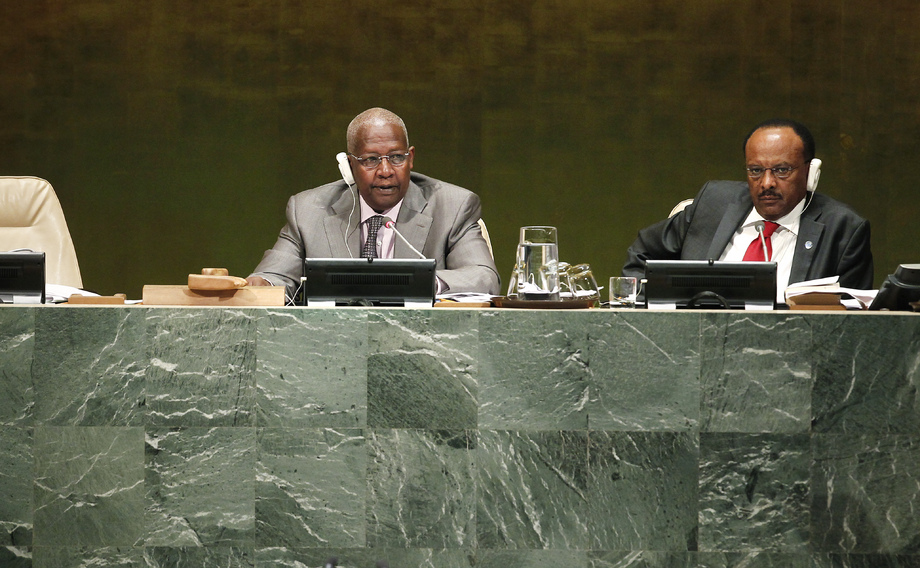 The theme of this year’s annual high-level meeting of the United Nations General Assembly was the post-2015 agenda of global sustainable development but it was by no means the only subject of the speeches as kings, presidents and prime ministers mounted the podium to speak on behalf of 193 Member States and two Observer delegations.

From countering climate change – which received equally high billing thanks to Secretary-General Ban Ki-moon’s decision to hold a summit of leaders on the crisis on the eve of opening the Assembly’s 69th General Debate – to combating terrorism, to addressing regional issues of interest to particular States, such as the Ukraine crisis, and the Syrian and Israeli-Palestinian conflicts, the topics this year ran the gamut of dilemmas facing the world.

“The General Debate is indeed the world’s premier political global stage. It serves as a unique opportunity to recall the intrinsic value of our mutual engagement in the work of this Organization,” Assembly President Sam Kutesa said in his closing address this afternoon.

Virtually all leaders referred to the post-2015 development agenda, the fight against poverty, climate change and terrorism, with those States considered among the more powerful tending to dwell on political issues. Nearly all highlighted the terrorist threat from the Islamic State in Iraq and the Levant (ISIL).

While flagged as a pressing issue by nearly all speakers, Ebola, the deadly epidemic sweeping West Africa, was a particular concern for African leaders, who appealed for global help in combating the scourge, but it was also referenced by most speakers. The outbreak was also the subject of a ministerial-level meeting convened by the Secretary-General last Thursday.

Climate change, also a major subject for virtually all Members, received particular attention, and pleas for help, from the least developed countries and small island States who face the prospect of bearing the brunt of global warming as rising sea levels threaten to swamp them out of existence, or lingering droughts and massive floods endanger further their already imperilled economic base.

The richer and more powerful countries all mentioned the need for a more equitable distribution of wealth in the new sustainable development agenda, but it was these poorer States who brought home the message with their pleas for a multifaceted global approach to eliminate poverty and its attendant and interrelated impact on health, education and development in their aspirations to rise to middle-level economies.

In all, of 117 Heads of State and Government, three Vice-Presidents, eight Deputy Prime Ministers, 56 Ministers as well as delegation chairpersons, took the podium in the freshly-renovated Assembly hall.

“The General Debate continues to serve as an opportunity for the international community to come together under one roof to explore the world’s current state of affairs,” Mr. Kutesa said in his closing remarks. “It is a one-of-a-kind opportunity for Member States to share with a worldwide audience their accomplishments, ambitions, hopes and fears.”