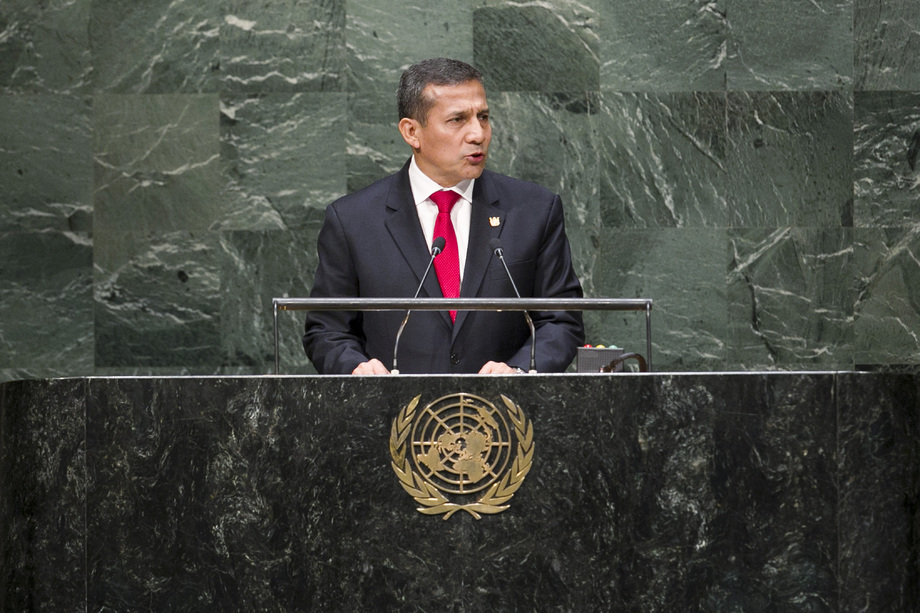 His Government had prioritized action to reduce all forms of poverty and inequality and eradicate extreme poverty and hunger, he said. Similarly, it had focused on the fight for gender equality, empowerment of women, access to quality education and elimination of all forms of gender-based violence and violence against children. State reforms were made to achieve those goals. His Government had been working hard to lay the foundation for sustainable development. Peru had become a clear example of how it was possible to achieve substantial progress in just a few years, having attained some of the Millennium Development Goals even before the 2015 deadline. He was committed to reducing the poverty rate to 20 per cent by the end of his term in 2016.

In only one generation, he said, Peru had made deep transformations thanks to peace and stability, the consolidation of democracy, opening the economy and the effectiveness of social-inclusion policies. His Government had been increasing investment in social policies every year. About half of the 12 per cent budget increase for 2015 went towards education and health. He urged all stakeholders to participate actively in tackling the global drug problem, stressing the shared responsibility among countries that produced, consumed and financed the trade or served as a transit point. They must help define a comprehensive strategy. Peru’s relationships with its neighbours were excellent, he said, spotlighting a recent settlement of the maritime dispute with Chile. The execution of the International Court of Justice’s ruling on that matter was the fastest in its history.

Drawing attention to Peru's hosting of the twentieth United Nations Climate Change Conference, or COP20, in Lima in December, he stressed the need for national commitments and for the formation of the largest alliance in history to address that transcendental challenge. He urged Governments to send delegations with decision-making capability to the conference. It was not just a matter of capitalizing the Green Climate Fund, but also of setting forth national commitments and having a binding agreement. A 2011 study revealed that addressing the consequences of global warming was costing Peru 4 per cent of its annual gross domestic product (GDP). That figure could reach more than 5 per cent by 2030 and 20 per cent in 2050 if no immediate action was taken to address the scourge.