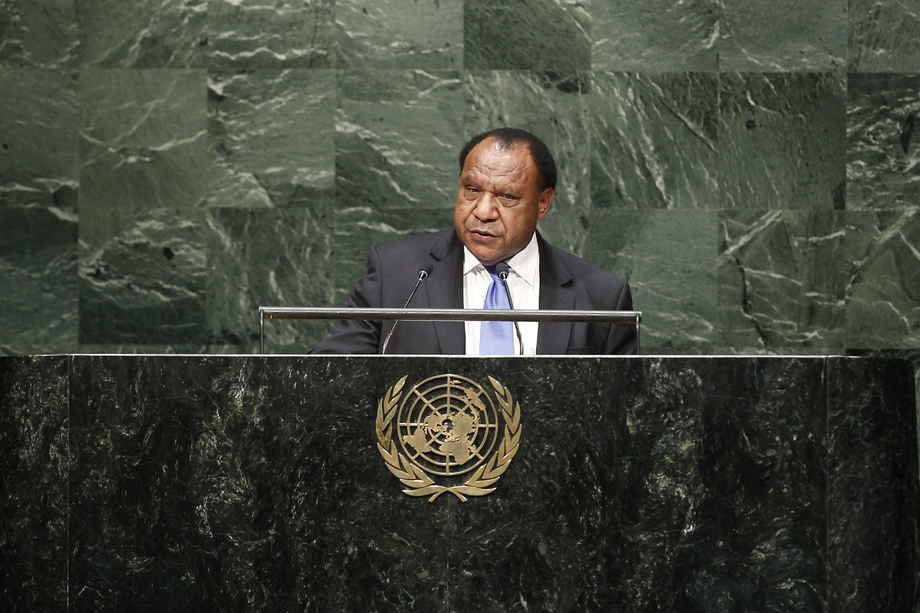 RIMBINK PATO, Minister for Foreign Affairs, Trade and Immigration of Papua New Guinea, said that the recent Third International Conference on Small Island Developing States, held in Samoa, had been a great success.  The adverse impacts of climate change, however, continued to pose a serious challenge to the sustainable development efforts of those countries, and many had reached a tipping point.  Building on the political momentum generated, the international community should conclude a legally binding agreement in Lima and Paris in 2015 to collectively address the adverse impacts of climate change, he said.

The imminent deadline of the Millennium Development Goals, and the transition to the post-2015 development agenda, was a crossroads for the international community.  After noting the achievements of his Government on reaching selected Goals, he outlined elements of Papua New Guinea's economy before turning to social issues.  Gender empowerment and equality remained a cornerstone of his Government's sustainable development agenda, and on foreign affairs, he noted his country's supply of troops to peacekeeping missions in Sudan and South Sudan.  He condemned all forms of terrorism and, touching on areas of other concern to Papua New Guinea, highlighted the international nature of the Ebola threat.  On decolonization, he urged the United Nations to support that process in New Caledonia.