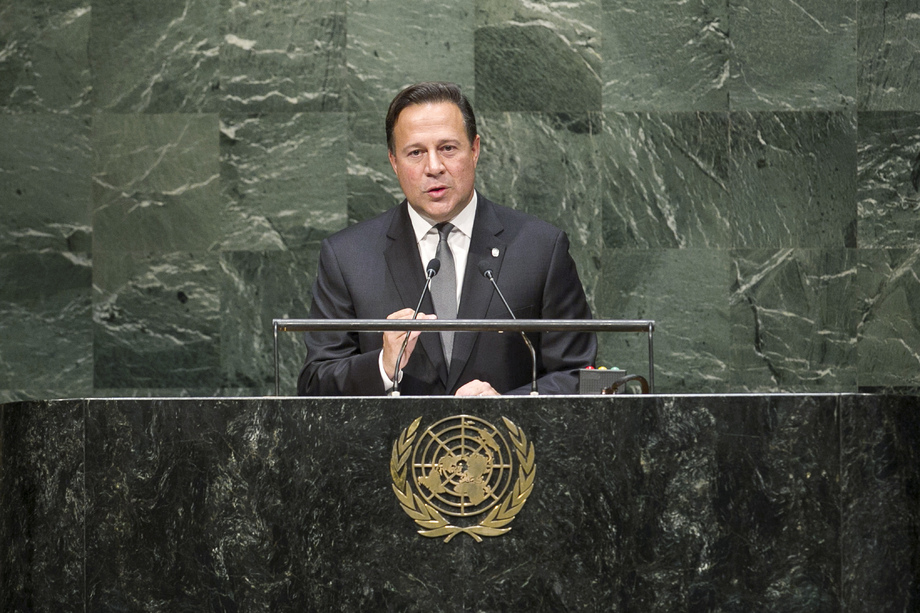 JUAN CARLOS VARELA RODRÍGUEZ, President of Panama, said that despite the serious conflicts taking place around the world, the American continent was at peace.  The most serious challenges before it were: inequality; the fight against organized crime and drug and human trafficking; and regulation of migration flows to more developed economies.  While Governments in the region were addressing those challenges, they required further coordination.

Noting that countries had reached consensus 14 years ago when they adopted the Millennium Declaration, he said that certain Millennium Development Goals remained challenges and that new challenges had arisen.  Therefore a new consensus must be built at the regional, hemispheric and global levels.  As a Government that promoted consensus among the international community, Panama was committed to facilitating dialogue towards that end.

Marking the centennial of the Panama Canal, he said that the Isthmus of Panama had been the transit route of civilizations for five centuries, and reiterated a commitment to being a nation at the service of the international community.  The expansion of the Canal would be completed with the support of professionals and workers from Panama and other nations.  He noted further the importance of mediating disputes that prevented consensus and said, as host of the Summit of the Americas in 2015, the country was working to promote integration and social peace with equity and prosperity.

He stressed the need for elected officials to serve the people who had put them in office, calling politics “one of the strongest expressions of social service [as] the search for the common good”.  In that context, he expressed his commitment to a Government that would foster the economic growth enjoyed by Panama, while giving priority to public investment that impacted the life of all Panamanians.  With average domestic growth of 7 per cent, increasing foreign investment and a consolidated democratic system, the Government was making progress on the proposals that had won him the election.

Among its achievements were measures to curb speculation in the cost of food; the provision of adequate housing with appropriate water and sanitation; and major projects for youth, education, the elderly, public health and transportation, he continued.  In closing, he stressed Panama’s role as a bridge to attain understanding, stating, “We live in a diverse world with different cultures, religions and political systems, but we can always find common ground in the well-being of our citizens.”  That had been the formula for approval of the Millennium Development Goals, and would be key to fulfilling the post-2015 development agenda.