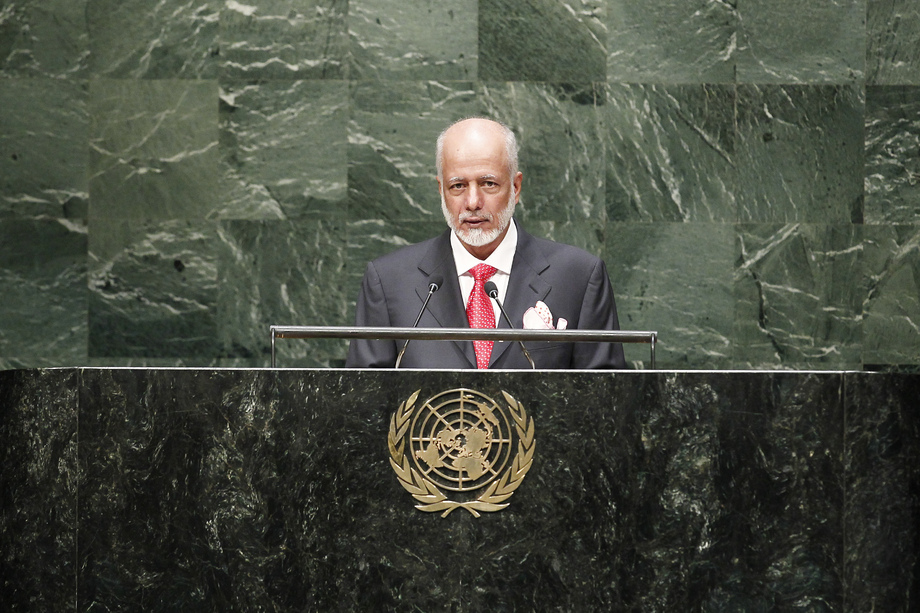 YOUSEF BIN AL-ALAWI BIN ABDULLA, Minister for Foreign Affairs of Oman, said that the Middle East was going through a difficult phase as it grappled with several crises, upon which there was no international consensus.  The Palestinian question was at the centre of conflicts in the region.  Israel was continuing to resort to military force as a tool to achieve its security, he said, calling upon both sides to resume negotiations in order to reach a settlement that would provide peace and security for Israel, and respond to the hopes and aspirations of the Palestinian people.  He further urged the Syrian Government and National Coalition for Syrian Revolutionary and Opposition Forces to return to the negotiating table based on the Geneva Communiqué.

Regarding the situation in Yemen, his Government welcomed the agreement between that country's President and political powers, he said, calling upon all to uphold the outcome of the National Dialogue Conference.  Turning his attention elsewhere in the Arab world, he said Oman condemned the terrorist acts perpetrated by the Islamic State in Iraq and the Levant/Sham (ISIL/ISIS).  Oman had taken several steps to avoid violence and extremism, consolidating good governance and establishing other legislative instruments, including an independent judiciary.  On international commitments, his Government supported the call for an international conference to free the Middle East region of nuclear weapons and weapons of mass destruction.