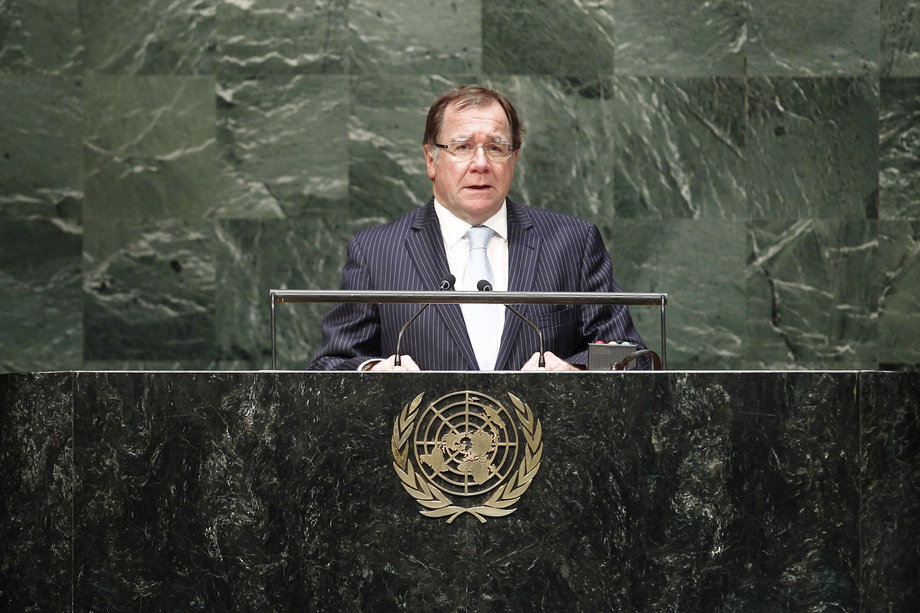 MURRAY MCCULLY, Minister for Foreign Affairs of New Zealand, hailing the success of the recent small island developing States conference, the extraordinary work of the host, Samoa, as well as the ownership of the agenda by the States themselves, said that, while the multilateral world was “awash with talk” of strategies and funds, out in the "real world" of those small islands, not enough was happening on the ground.  Pacific nations spent 10 per cent of their gross domestic product and up to 30 per cent of their total bills on importing diesel for electricity generation, he pointed out.  Sustainable economic development simply could not happen in that region without renewable energy.  Some of the significant progress achieved in that field included Tokelau moving from 100 per cent dependence on fossil fuels to 93 per cent renewable, the opening of a 2.2 megawatt solar array in Samoa, and all of the outer islands of Tuvalu becoming 100 per cent renewable-based.

Sustainable fisheries were the biggest economic asset in the Pacific, he continued.  New Zealand had committed over $70 million over the next five years to advance a comprehensive approach for strengthening commercial fishing practices.  While small island developing States were showing real leadership in addressing climate change, they also required action on a global scale.  Turning to the Middle East, he welcomed the ceasefire between Israel and Gaza, but voiced profound regret of Israel's appropriation of 400 hectares of privately owned Palestinian land near Bethlehem for settlements.

In Syria and Iraq truly frightening consequences were occurring when leadership, both internally and in the Security Council, had failed, he said.  The international community needed to find a way to contain the madness of ISIL, to address the humanitarian tragedy and to help the people of Syria and Iraq craft a better future.  That situation cried out for the Security Council's attention. Paralysis had also prevailed in the Council over Ukraine, with that body becoming essentially a bystander while one of its permanent members undermined the integrity of another Member State.

He also pointed out that events in the Middle East and Ukraine had dominated the headlines in recent months, diverting attention from serious situations that continued to play out in Africa, particularly Libya, Mali, Central African Republic, South Sudan, Somalia and the Democratic Republic of the Congo.  Deeply troubled by the unprecedented scale of the Ebola outbreak in West Africa, he said he recognized the huge challenges that were posed to the economies and to political and security cohesion in the region.  New Zealand had contributed to the humanitarian work under way, and would continue to do so while looking to further practical steps to support the international effort.