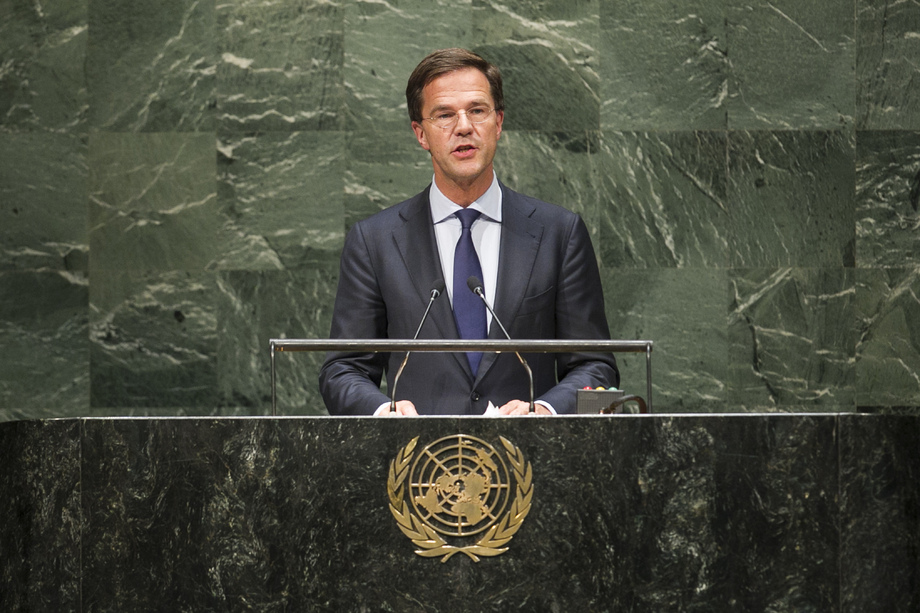 MARK RUTTE, Prime Minister and Minister for General Affairs of the Netherlands, said that in a summer already marked by alarming reports from Syria, Iraq and Gaza, his country was confronted with a stark international reality.  The 298 passengers of flight MH17 would be alive today if not for the Crimea conflict and the destabilization of eastern Ukraine.  Of the victims, 196 were Dutch nationals.  That tragedy had an immense impact on the country.  Entire families were ripped from neighbourhoods, desks were left empty in offices and schools, team-mates were gone forever.  The pain would be felt for years to come.  Some of the victims still had not been identified, and that must be done as soon as possible.  Nothing was more important to their loved ones, wherever they might be in the world.

This past summer, the world was reminded how interwoven world events could be at home and abroad, he said.  When it came to addressing the problems facing the global community, there was simply no alternative to working together.  He was grateful for Security Council resolution 2166 (2014).  The cause of the MH17 disaster must be brought to light, those responsible must be brought to justice and all remains and personal belongings needed to be repatriated.  Access to the crash site must be granted.  The events of the summer had made the Netherlands more resolute about promoting the international legal order.  Peace, justice and development were closely interconnected.

In 2015, the world would evaluate the Millennium Development Goals, he said.  The most important Goal was to eradicate extreme poverty within a generation in a way that did not harm economic growth, social equality or the environment.  Fragile States without stability had no chance of achieving the Millennium Goals.  He welcomed the Secretary-General’s initiative to establish the United Nations Mission for Ebola Emergency Response (UNMEER), and the Netherlands would increase its humanitarian aid, including a contribution of €18 million to fight the disease.

He said that the role of women as positive change agents in society could not be emphasized enough, and that their leadership was essential for achieving peace and security.  Perpetrators of crimes that violated international law needed to be brought to justice, no matter how long the process might take.  That was owed not just to the victims of the crash of MH17, but to victims of violence in Syria and Iraq.  The Council must be able to act boldly and decisively.  The organ must be able to act in a crisis, and veto power should be exercised with greater restraint.  In that regard, he saluted the French initiative.  Further, African States were underrepresented on the Council, and the organ’s authority would be enhanced if Member States were more broadly represented.